Last year we broke the news that Fox and director Wes Ball were hoping to start production on their long-gestating adaptation of Mouse Guard sometime in January. While the production did undergo some delays, the studio has things back on track now to get cameras rolling this May and have now begun casting actors to take on challenge of becoming anthropomorphic mice via WETA’s motion capture technology.

If you’re doing a mocap heavy film there are a few names you probably check with before moving along to others and, to almost no one’s surprise, Fox has landed arguably the world’s foremost expert in motion capture performances to play the film’s villain. Andy Serkis (Black Panther, Planet of the Apes) has agreed to play the film’s menacing villain, Midnight. A former member of the Mouse Guard, Midnight became disgruntled with the changing role of the Guard, took up the Black Axe and sought to overthrow the Mouse Guard and rule the world!

Serkis has gained fame over the years for his incredible performances as Gollum in the Lord of the Rings trilogy and for his work as Caesar in the Planet of the Apes films. This role will reunite Serkis with Apes director Matt Reeves, who is serving as a producer on Mouse Guard.

Emmy Award winning actor Giancarlo Esposito (Breaking Bad) has also joined the film’s cast in the role of Conrad. Conrad is an older mouse, who after a life of adventure on the high seas, joined the Mouse Guard as a member of their seaside outpost, Calogero.

The studio is currently casting the main character, Liam, and has made an offer to actor Thomas Brodie-Sangster, though at this time no agreement had been reached. Additionally, the studio is now looking to replace Christian Bale who had originally signed on for the part of Kelenaw, the mentor to Liam.

Stay tuned to That Hashtag Show for more on Mouse Guard as it becomes available. 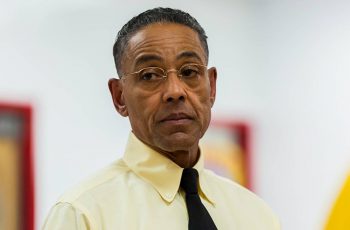 With The Mandalorian now only three and a half months … 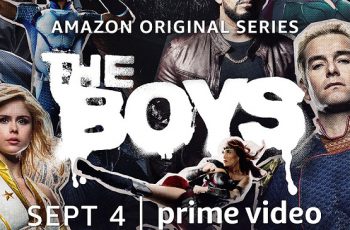 The Boys Season 2 arrives September 4, one month from …