If you’re like me, you’ve probably already started binge-watching Star Wars: The Clone Wars again. A lot of Star Wars fans have been doing so in anticipation of the show returning. It will run for a seventh and final season this fall on Disney+. If you haven’t revisited the show yet and still want to, you’d better do it quick. The Clone Wars is leaving Netflix.

The Clone Wars, the brainchild of George Lucas and producer Dave Filoni, ran for six seasons beginning in 2008. The animated series followed the adventures of Obi-Wan Kenobi, Anakin Skywalker, and Anakin’s padawan learner, Ahsoka Tano, through the period of time between Attack of the Clones and Revenge of the Sith. Featuring deep subject matters and dark undertones, the show became an instant fan favorite.

The Clone Wars is Leaving Netflix

Fans were elated when Dave Filoni announced the show’s return at San Diego Comic-Con last year. Cancelled in favor of Star Wars Rebels, The Clone Wars featured some of the best storytelling in Star Wars. The truncated sixth season, however, left fans, and Filoni, feeling unbalanced and wanting more. That’s why it will return to Disney’s new streaming service, Disney+, this fall. It will join a slew of other Star Wars programming as Disney jumps into the foray of streaming content.

The unfortunate side effect of Disney+ arriving and The Clone Wars’ return is that the show is finally leaving Netflix. According the show’s details page on Netflix.com, the title will only be available until April 7, 2019. After that, you’re on your own. It will still be available on Blu-Ray and DVD, of course.
The Clone Wars will likely reemerge on Disney+, as well.

Unfortunately, we have no details yet on just when that might be. Logic dictates that we’ll learn more at Star Wars Celebration next Month in Chicago. That’s when we expect to get more footage from the new season, as well as more info on The Mandalorian and the other Star Wars offerings coming to Disney+.

For Netflix users, however, the streaming service remains your only hope to binge past episodes before the new season debuts. You better get to it; you have less than a month to watch 141 episodes. 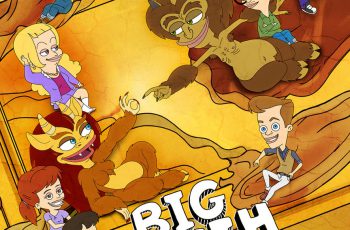 The edgy animated series, Big Mouth has a new trailer, … 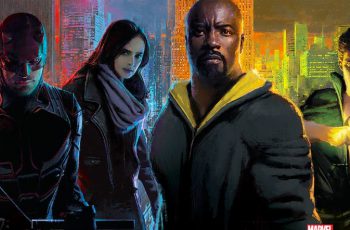 Netflix has shocked fans with the recent cancellations of Iron Fist, …