Shang-Chi, Marvel’s first Asian superhero in a lead role, is about to get a Captain Marvel connection. Destin Daniel Cretton, who previously directed Brie Larson in Short Term 12, will helm the upcoming Marvel Cinematic Universe film.

The project was announced in December. It will not only be the first to feature an Asian actor in the title role, it will also be the first to consist of a primarily Asian cast. It was also a top priority for the studio to hire an Asian director according to IndieWire. Kevin Feige himself said that diversity has been an important directive for them. It’s a good thing that Marvel was able to follow through. Shang-Chi‘s screenwriter is Asian-American, as well. Dave Callaham’s credits include The Expendables and Wonder Woman 1984. We can safely assume he’s a fan of both action and heroes.

This isn’t the first time that Marvel has picked up an indie (or smaller-scale) director, as Ryan Coogler made the leap from films like Fruitvale Station and Creed to Black Panther and the Captain Marvel team of Anna Boden and Ryan Fleck were busy with television episodes of Billions and The Affair before they took on Carol Danvers. Similarly, Cretton came from directing Short Term 12 and The Glass Castle – both starring Larson. Betting on smaller budget directors for their most recent origin stories seems to have paid off for the studio, and there’s no reason to think this latest endeavor will be any different.

Marvel Comics first created the character of Shang-Chi in 1971, and introduced him s the Master of Kung Fu. Hopefully the film will wash away the bad taste left by both the first season of Iron Fist on Netflix and its recent cancellation. Shang-Chi will have Asian players behind the scenes as well as in front. We don’t yet know whether the movie version will contain the duplication powers that Shang-Chi possesses in certain comics. Notwithstanding, he will certainly have the incredible martial arts skills that he’s best known for.

Are you excited for the Master of Kung Fu? Let us know in the comments below, and check back with That Hashtag Show for the all latest news about your favorite films.

The Chinese market is usually a box office boom for … 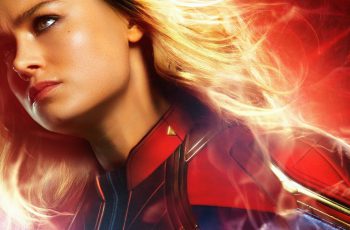