War has come to the Moonshae Isles as four powerful friends defend their castle from a former friend and his horde in Dungeons & Dragons: A Darkened Wish #1.

Though Helene is now a maser wizard, even she came from humble beginnings.  As a young girl, she wanted to see the world. The night before her Ascension ceremony, where she would become officially considered an adult, she left home with the help of her loving grandfather.

If Helene was about to be an adult then this was her first adult decision.  Being cooped on an island was making her a bit stir crazy.    Helene’s mother was heartbroken by Helene missing her own ceremony, but Helene had to leave her home.

As she traveled through the woods Helene stumbled upon her friends, Aiden and Xander, who were fending off some wolves.  It was not looking good for them, so she stepped in and saved their butts.

Helene tells them that she is planning to join the White Sails Company.  The pair think that’s a great idea and decide to go with her to join.

I was looking forward to an epic battle with swords and magic, but we only get a few panels of that.  This is almost all just background on Helene and her friends. Helene’s origin is very boring so far and I couldn’t care less about her at this point.  She is a badass wizard, but in this issue we only see her use a bit of powerful magic once in the beginning.

The setup of the story should have been reversed.  It would have been better with a few pages of backstory and more pages of the modern action. Unfortunately it looks like we will get at least one more issue with the backstory stuff. I hope her origin becomes more interesting because right now it is pretty dull.

The art is pretty basic and I mean that in a good way.  It did a good job depicting what was going on without extra busy work in the background. Every character looked very different from each other. This doesn’t sound like much but even big time comics have characters who look almost identical to each other.

The best part of the comic was in fact the character designs.  Each character has a lot of detail on their faces and their clothes.  The adult versions are the best example of this and look the same as they did as children, but older.  Often times in comic they look like two completely different people.

This is very much a middle-of-the-road comic.  The story is alright, the art is fine, and writing works for what it is trying to accomplish.  It is hard to knock this comic. I think it achieved everything it was shooting for. However, I don’t think it set its goals very high in the first place. I think there is definitely room for improvement.

Written by: B. Dave Walters

Dick Tracy is the best cop around, but what … 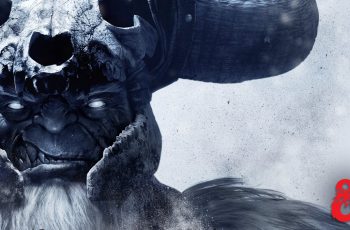 This year’s Game Awards is going to be exciting. Ten …