If you’re looking for nothing but a nice family night out, you could do a lot worse than a trip to the Medici Bros circus to watch Dumbo flap his ears into flight. That is, unless you’re actually a character in the film. In that case, you should sue and demand Max Medici (Danny Devito) cease working. That man man can’t run a circus to save his life.

The 1941 Disney classic is perhaps remembered as one of the studio’s more depressing entries. (Likewise are other tales of animal woe such as Bambi and The Fox and the Hound.) The 2019 remake does its best to squeeze out some of the same emotional beat. Nevertheless, it’s more likely to impress with its visual feats than it is to tug at anyone’s heartstrings.

Dumbo himself, and the digital work put into both his look and realistic expressions, were the most fascinating part of the film. The care put into his creation made it all the more disappointing that his story was overshadowed by the human cast, which padded out the original plot by quite a bit. On the one hand, this keeps Dumbo from being a copy of its predecessor. This films audiences to view the live action as a separate entity. On the other, the human interest part of the movie was the least successful. In many ways it took away from the theme of animal cruelty.

It was fun as it is to watch Milly (Nico Parker) and Joe Farrier (Finley Hobbs) teach Dumbo to fly as their father (Colin Farrell) learns to understand them better. Likewise to watch Colette (Eva Green) fly alongside the elephant and Vandevere (Michael Keaton) twirl his metaphorical mustache. Unfortunately, their individual storylines didn’t live up to the scope of Dumbo’s situation. Every character was one-dimensional. They were either flawless in their treatment of both animals and each other, or else cartoonishly evil to the point of stupidity.

The adult performances are as big and hammy as possible. That’s great, because it keeps the otherwise tame script from falling flat. But the flavor which seasoned actors add to stale material is not present in the younger cast. Their roles are rather stoic in comparison. Young Parker especially suffers because of this. Her only personality traits are loving science and missing her mother. It’s not even clear what kind of science she loves. Likewise, we don’t know how she taught herself the Scientific Method while in a traveling circus. That insight might have added some much-needed depth to the character. Not to mention that the obvious parallels between the dearly departed Farrier matriarch and mama Jumbo don’t strike much of a chord since Dumbo never allowed us to meet the former in the first place.

It’s not all bad, though. The scenes between Dumbo and his mother are not only a visual treat, they are genuinely touching and ironically help humanize the film as a whole. And there’s one particularly enjoyable caper at Vandevere’s circus-slash-amusement-park that showcases the bond between the Farrier family and their Medici Bros coworkers more than anything else in the nearly two-hour runtime.

Dumbo may be the most creative of Disney’s recent remakes, becoming more of a reimagining than its counterparts, but that doesn’t necessarily make it better. You’ll have a good time watching, but you probably won’t take much home with you after – except for a renewed faith in CG work.

Katie-Rose Watson, the brains behind The Rose Table, confesses that … 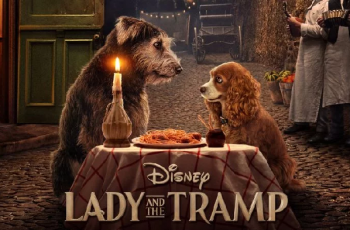 Disney has already enjoyed massive success with “live-action” remakes of …