If you’re a “geek” and L.A. native, you probably already know all about Scum & Villainy. No, we’re not talking about Mos Eisely Spaceport. We’re talking about Scum & Villainy Cantina, “your friendly neighborhood geek bar” in Hollywood. What began as a pop-up bar in 2017 is now the premier place for Star Wars, Star Trek, and pretty much any other geek fandom to drink, hang out, and immerse yourself in another world. Well, now they’re going to transport you to Westeros.

In celebration of Game of Thrones’ final season, Scum & Villainy is transforming into the heart of the Seven Kingdoms for the month of April. From the 5th to the 28th you can enjoy specially made Game of Thrones cocktails and yes, sit on the Iron Throne. Fans are of course encouraged to come in cosplay. Doing so will even get you a discount!

Helping Scum & Villainy temporarily rebrand itself as the Fire and Ice Tavern is the design team of Damn Good Shindig. Based on the images we’ve seen thus far, fans and bar-goers alike will be wowed by the spectacle and attention to Game of Thrones detail. (For those looking for an event designer, we here at That Hashtag Show can personally vouch for their talent; they spectacularly handled our Angel Grove Prom event last year.)

During the Fire and Ice Tavern month-long event, Scum & Villainy will be open regular hours from 6:00 pm until 2:00 am. However, the young scamps from King’s Landing have to go home at 8:00. After that there’s no admittance for anyone under 21 years of age. All month long there will be special events (like Game of Thrones table top night on Mondays) to keep everyone entertained.

For more information on the event, and all happenings at Scum & Villainy, visit their official website HERE.

Otherwise, suit up for the Starks or the Lannisters, and we’ll see you in April. (Just… leave your swords at home.) 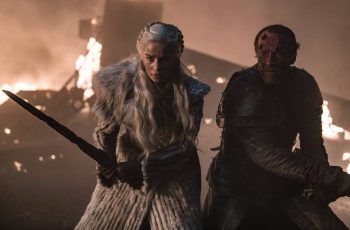 Even though the body count stands at 8 major characters, … 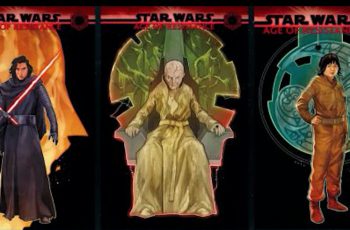 Comic fans will have no shortage of new titles to …