With only two more issues to go, Heroes in Crisis #7 had to start moving the story towards its conclusion, and it has begun doing just that. We go from a fight for all the marbles to the team that will solve it all.

This is the first pair of covers for not only this run, but DC titles in general ,that I do not like. The second cover about Kilowog seems unneeded. It is a reminder he is now dead, but what relevance has he or any of the lantern corp had in this series? The second cover would be sweet except for one thing – IT HAS NOTHING TO DO WITH THIS ISSUE! It is a very nice cover artistically, but Superman is not in this issue so it makes no sense.

I really love the layout and how they put Heroes in Crisis #7 together. The artistry is great. The character interactions are stellar and entertaining. All the while the issue stays on point and finally does move the story forward. Granted there is a ton to cover in two issues, but the ride should be fun.

The artistry of this series continues to be incredible. This is not only in the quality of characters and backgrounds, but also the shots themselves. This issue you need go no further than the second page – the full page layout of Flash standing in a field of flowers. At his feet is the rose he had been playing with the page before, and the field itself subtly spells out Heroes In Crisis with the other flowers. A beautiful page.

Heroes in Crisis #7: Laughing and Dying

The juxtaposition of what follows in Heroes in Crisis #7 is crazy-awesome. On the one hand we have Harley and Booster going at each other full tilt. Harley is more than happy to come away with a kill, despite her telling Batgirl she wouldn’t. Harley is definitely swinging for the fences with each blow.

This back and forth goes on throughout Heroes in Crisis #7, until Batgirl cold cocks Beetle. This strips Booster of his shield. I love the next scene as it continues to show Harley’s growth as a person. She can now kill Booster but doesn’t. Instead she flops on the floor beside him, and they proceed to bond.

In fact this is where our “One Team To Solve Them All” comes from. The foursome teams up in an attempt to save Wally since the body they had back at Sanctuary had a five day time differential. Here comes Blue & Gold and the Dynamicker Duo!

Just one problem – Batman is now on their tail and he is not as forgiving as Batgirl and Beetle. He will want answers and heads to answer for Sanctuary. Both Batman and Barry Flash have some pretty funny pages through out this issue as well.

One major piece seems to be coming into focus in the final pages. The confession room in this issue focuses solely on Wally this time, and it doesn’t make sense at first. Each time the panel starts with a very positive Wally, but by the end of each page, he is back into his depression. We can see how much the weight of his family being gone is having.

The exchange between the two has to be read if you haven’t yet picked up Heroes in Crisis #7. It is not only powerful, but has major implications on not only what will happen, but what DID happen. Expect this series to hit full speed these last two issues! 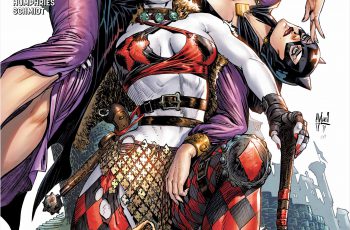 For those of you Harley readers that are D&D players … 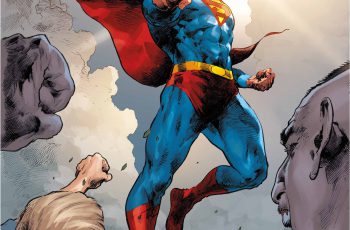 My first read through of this issue left be a …