Legends of Tomorrow returns to grace DCTV with its wacky fun once more on April 1st. That Hashtag Show sat down to chat Season 4 with the man behind some of its magic. Mahlon Todd Williams, one of the Directors of Photography for the adventure series, had a lot of behind-the-scenes stories to share as well about his career as a whole and his time with the CW specifically.

THS: You do Legends of Tomorrow right now, but you’ve also done a lot of music videos and commercials. What are the biggest differences in filming aside from the length of time?

Mahlon: The main thing is being shorter, but with the music videos that I’ve done, I’ve always been very lucky to get the artists that I’ve got to shoot for. When I was in Toronto working, I got involved with Drake’s producers that were later doing a couple of The Weeknd’s music videos. He’s an amazing talent, super nice and very collaborative. His little group around him was all great, and just hearing the music, I personally liked it a lot and thought it was going to be huge, but nobody knew quite how big back in 2011. We shot four videos over the course of the year, and a month later “Trilogy” came out and in its first week it sold like 100,000 copies and I think it’s 600,000 total, which is crazy. And then the next year he was headlining Coachella.

It’s just a different atmosphere and more of an indie film feel on a lot of those music videos. Like, Legends of Tomorrow is awesome but it’s a bit more of a big machine. Now that we’re in the fourth season, the crew are like family but it’s a big machine and there’s a lot of challenges with it. But it’s nice to break it up, especially during the hiatus, and go and do something else. I did a pilot last year, which was fun. It was more of a drama and comedy mix, so it was a different shooting style. The show didn’t get picked up, but it was for the CW and I had a great time. Michael Patrick Jann was the director and we got along really well, so it was fun working in a different tone.

THS: Legends of Tomorrow has its own fun tone, too.

Mahlon: Our show’s got comedy in it, which is always good. It’s not super serious the whole time. And it seems like this season in particular, the writers’ room has been set loose, and we’ve even some of the craziest stories. This season I did a Godzilla tribute episode. We went to England in the seventies to a bunch of punk clubs, we went to Woodstock. We did a Mexican wrestling episode, which was a lot of fun. I think that one’s when they come back from hiatus. The crew on the final day of shooting, we had taken over this auditorium to make it look like a Mexican wrestling stadium. And at the end of it we’re wrapping up and all the crew, the grips and electrics were jumping into the ring with the masks on. Taking pictures and getting into wrestling poses, and it was so fun.

The director was super excited and we had a good time going crazy with that. It’s been a lot of time periods. We did a killer puppet episode, watching Chucky as reference before we shot the episode and then being on set with three puppeteers running around with this puppet with a knife in its hand, chasing actors. That that kind of stuff is pretty awesome. And then the polar opposite is like Drake’s video, when he rented the stadium in Toronto where the Blue Jays played because he wanted to sing center field. Then I was standing in the middle of baseball field, playing a pickup game of baseball in between shooting this music video, which was the craziest thing in the world.

THS: I guess shooting a television show with as many moving parts as Legends live doesn’t afford as much break time.

Mahlon: No. You get the odd time where the crew can play around or take pictures. Some of the sets that we’ve had, we got to go onto. Usually it’s stuff that the art department has built for us that everybody goes into and freaks out. We did an Apollo episode, and we had a fight scene with the actors in the spaceship.

I drew a sketch of half a set so that we didn’t have to spin the actors. We built a set on circle track and we spun the camera around to make the actors look like they were spinning, but it was actually the set. We came into the studio the day we were shooting, and I was laughing because I couldn’t believe we actually built this thing based on my pencil sketch, which was like a circle and then two stick men in the center of it.

I literally did a pencil sketch with a couple of stick figures, and everybody else made it happen. It was the craziest thing that I’ve ever requested, and we had it built and it worked for the shot that we were doing. Stuff like that on this show is kind of fun. The stories are so elaborate. How are you going to do a fight scene with guys floating in space inside a castle, and do it in a relatively easy way so that we can get it shot in five or six hours? It’s amazing.

Legends of Tomorrow is going deep into magical creatures this … 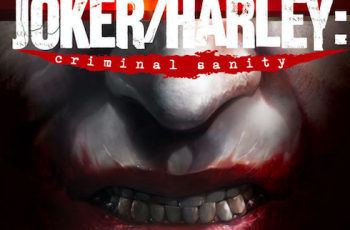