In honor of Batman’s 80th birthday, DC Comic threw a pretty impressive shindig for the Dark Knight at this year’s WonderCon.

Moderator Gary Miereanu confirmed that yes, this is a birthday party. Which means yes, there is cake! However, it was clear that the massive Batman birthday cake that was wheeled out wouldn’t be enough for the hundreds of fans in attendance. Not to fret, though. Every fan then received a mini Batsignal flashlight and a Batman cupcake.

Miereanu asked everyone to describe their first introductions to the Caped Crusader. Almost all of the other panelists pointed to the 1960s television series and movie. Diedrich Bader said he could not believe that he grew up watching Batman ’66 and was now sharing a stage with Lee Meriwether who co-starred in the 1966 Batman film.

Meriwether was the panel’s highlight. She first shared a funny story from her childhood of how her father used to pay her 20 cents to pull up weeds. Turns out, it was just enough money to buy her two first comic books. One was a Superman comic and the other was a Batman comic.

Things became a bit more poignant when Meriwether was asked to give her thoughts on Adam West. (West passed away in 2017.) She shared a touching story of how West supported and encouraged her through a bout of insecurities before filming their first scenes together, telling her, “You’re beautiful. Know it.” She said, “I loved that man so much after that.”

The Many Voices Of Batman

Smith and Bader were asked how they get into character. Smith sang the praises of Batman The Ride at Six Flags Magic Mountain. Bader said he likes to do some “light vigilante work around the neighborhood”.

Kevin Conroy was asked to wrap up the panel with the famous words we all wanted to hear: “I am vengeance! I am the night! I am Batman!” Thunderous applause ensued.

It was also announced that Batman will become the very first inductee to the new Comic-Con Museum’s Hall of Fame later this summer on July 17. Batman will also get his own global holiday! On September 21 we will celebrate Batman Day and Batsignals will light up the skies of selected cities.

Happy Birthday, Batman! You can have cake, but only after you've had Alfred's cucumber sandwiches. #Batman80 #LongLiveTheBat pic.twitter.com/ahOmMtOLU3 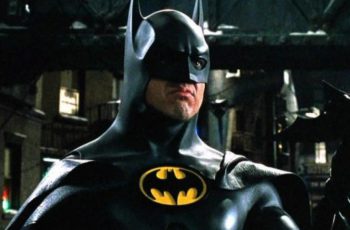 Michael Keaton is in talks to reprise his role of … 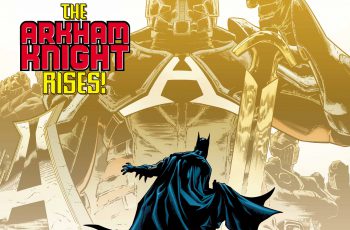 There's a new enemy in Gotham. Whether he's evil or …