Legendary voice actor Mark Hamill will be voicing Chucky in the upcoming remake, Child’s Play. Don’t believe us? Hear it from the man himself:

The film is a reimagining of the 1988 horror classic. The original story followed a single mother and her young son as they realize something is wrong with his new “Good Guy” doll. (Wrong is an understatement: it’s possessed by the soul of a serial killer.) This time, however, the story steers away from the supernatural. All we can say is that it goes for a more technical reason for the doll to come to life.

This new film Chucky has no ties to the much alive film series, or the upcoming TV show, however. Feeling very much disrespected, original series creator Don Mancini has not given his blessings for the new film. Although, Producer David Katzenberg, conversely, had this to say about the Star Wars actor:

We feel incredibly lucky to have an icon creating a new take on an iconic character,” said Katzenberg. “Mark is a gifted actor and celebrated vocal performer,and he’s approached this challenge with incredible energy and commitment.

Most know Hamill best for portraying one of the most iconic characters in film, ‘Luke Skywalker’ in George Lucas’ original “Star Wars” trilogy. Notwithstanding, audiences can currently watch Hamill in the second season of History’s “Knightfall”. He will also appear in Disney’s “Star Wars: Episode IX” which hits theaters this December.

Hamill is a prolific voice-over actor and has lent his voice as the ‘Joker’ multiple Batman productions. Those include “Batman: The Animated Series,” the “Arkham Aslyum” video game series, and the animated films,“The Killing Joke” and “Batman: Mask of the Phantasm.” In addition, Hamill voiced many characters in Cartoon Network’s beloved “Regular Show.”

Not just a “Star Wars” or voice talent, Hamill has also appeared on stage in multiple, big-name productions:

Orion Pictures will release the re-booted Child’s Play and turn Chucky loose through their United Artists Releasing banner on June 21, 2019. 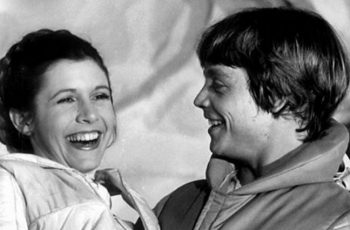 It’s one thing to say that starring in Star Wars …
SPOILERS AHEAD! There have been two main characters that have …