The official trailer was shown off during the Marvel Rising panel, and just like the other specials, this is full of both heart and humor.

This wasn’t the only exciting announcement at the panel, however. It was also announced and revealed that three more Marvel Rising specials are coming this year. As with Heart of Iron, all three will air Marvel HQ YouTube channel.

The 1st of the 3 specials, Marvel Rising: Battle Of The Bands, is bringing back Dove Cameron’s Ghost-Spider. This special is going to be 22-minutes long. In the special, there are mysterious attacks that Gwen and the Secret Warriors must deal with on the day of her “Battle Of The Bands” competition.

Next is Marvel Rising: Operation Shuri. This one is bringing in fan-favorite Marvel character Princess Shuri. Daisy Lightfoot, who voiced the princess on this season of Marvel Avengers: Black Panther’s Quest, is coming back to reprise her role. In this 22-minute special, the lives of the Secret Warriors are turned upside down. They will be showing Shuri what it’s like to live life as a normal teenager. But that doesn’t sound so easy when your with one of the smartest people.

Lastly, the panel announced one final special. Marvel Rising: Playing With Fire. This 44-minute special is staring both Tyler Posey’s Inferno and Cierra Ramirez’s America Chavez. We will get to see Inferno’s power stolen by a young and powerful villain, and it will be up to the Secret Warriors to track this villain down, and get Inferno’s powers back. Also in this special, America will be getting a lesson about family and friendship from Ms. Marvel.

Unfortunately there were no announcements or information about the release dates. But we do know that these specials will be on Marvel HQ, followed by Disney Channel and Disney XD On Demand, and the DisneyNOW app. 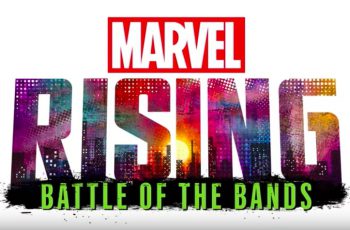 The next entry in the Marvel Rising series is close …