In case you’ve been hiding under a rock lately …here’s what’s happened recently. We present you your Video Games News, Top 5.

Journey to the Savage Planet looks awesome. The game is being headed by EA and Ubisoft dev veterans out of Typhoon studios. You a re stranded out of a world, working for the 4th best interstellar exploration company. Your job is to categorize stuff, sandbox it, and survive. It’s No Man’s Sky with a Borderlands/Bards Tale comic twist. I haven’t been this excited to play a sci-fi game since pre-No mans sky hype. This game is a solid hopeful and will hit stores roughly in early 2020.

Haven’t played FF7 in a while? Wanna play it again? Want all your friends to stop revoking your gamer card because you haven’t? It just released on Switch and Xbox. Like Skyrim, you really have no excuse not to play it anymore. Cheers.

3. Swatter Gets 20 Years in Prison

Swatting: Calling the police on a gamer with a false but serious emergency report that requires Swat teams/police force to move upon the other unsuspecting gamer with force. *DO NOT DO/TRY THIS EVER*

Tyler is known as a serial swatter. His 20 years is a reflection of a Swatting gone wrong that led to someones death in 2017. The law for swatting is still catching up. With this verdict passed, it will dissuade swatting in the future.

2. Gamestop Further Re-brands Itself as A Major E-gamer Sponsor

The company has been floundering the last view years as the nature of gamer retail has changed to digi-copy and streaming. Gamestop in a effort to stay afloat, made an investment in E-sports.

It looks like that payed off, and now they are doubling down.

Gamestop is building new initiatives on the local level to get more people involved in esports by building local clinics for newcomers and casuals to “get gud” at highly competitive games like Overwatch, Fortnite, and Rocket League. They are also investing in the establishment of the GameStop Performance Center in Frisco, Texas, which will serve as the headquarters of Complexity Gaming. It will open in May and will share a location with the Dallas Cowboys headquarters.

Acting further on the local scenes, they also have plans to use retail stores as locations where people can play local tournaments, fostering a community while keeping customers in the store. The CEO had this to say about the plan.

“Domestically, we have 3,800 retail stores for gamers that are within a skateboard ride of 85 percent of the U.S. population,” he said. “We believe that by hosting esports gaming clinics and tournaments across our retail stores will give us an advantage with the amateur community. That’s our role for our partners and our specialty retail advantage in the video game ecosystem.”

Think you’ll be heading to Gamestop once the vision is up and running? Will the re-branding as a e-sport cornerstone save the company? Comments about the top 5 today? Comment down below!

Earlier today some new skins for Fortnite got leaked, and … 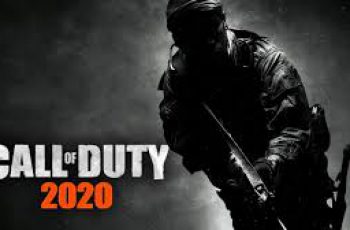 It’s been a strange time for Call of Duty fans. …