Opening day for Star Wars: Galaxy’s Edge at the Disneyland Resort is getting closer and closer by the day. We’ve had so much revealed the past few months. And now we have a little bit more information for what to expect with the ride lines.

For the past few years, every time a new ride or area in the Disney Parks, the ride lines are usually very long. A great example of this is when Pandora – The World Of Avatar opened 2 years ago in Disney’s Animal Kingdom. The lines were crazy when the area opened. The area has been opened for a while, and the lines are still super long for the attractions there. Lines are expected to be even longer for the new Star Wars rides. Crowds are going to be huge. Disney’s hotels are even already booked solid.

As for how Disney is going to be dealing with the Galaxy’s Edge lines, they seem to know what to tactics to use. Tactics include character performances, trivia conducted by a cast member, and even the all-important bathroom pass.

This pass will allow guests to exit the line to go to the bathroom. The good thing about this pass is that guests will not lose their spot in line.

Star Wars: Galaxy’s Edge is going to be the biggest area opening in the Disney Parks. And with these plans for the ride lines, I think Disney knows what they want to do, and will execute it (hopefully) perfectly. 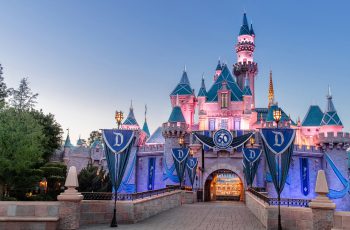 The Disneyland Resort has pledged $10 million annually for a …
Calling all Disney fans and collectors! This pop-up exhibit is …