It seems that Sasha Banks’ frustrations with her WWE career boiled over this past weekend, as he reportedly tried to quit after WrestleMania.

It’s easy to see why Banks would be frustrated. She has seemingly had many pushes that were abruptly stopped for no reason (her feud with Bayley comes to mind). Banks has had to watch as Ronda Rousey, Alexa Bliss, Charlotte Flair, and others have passed her by. She had been coasting on RAW before becoming tag team champions with Bayley.


According to one person high up, Banks tried to quit over the weekend, as she felt blindsided in finding out at the last minute that they were taking the tag team titles from her and Bayley. She had thought that the two of them would be given a chance to have a strong run and bring credibility to the belts… Basically she has been given a few weeks to think things out before sticking to a choice the company believes may have been made as a rash decision.

Can WWE Fix This?

These frustrations are also something that Bayley has made public. A brand switch for one or both members of the Boss & Hug Connection could do the trick. However, the long term damage might have already been done.
2018 was a forgettable year for Sasha Banks. 2019 looked to have promise, but the loss at WrestleMania 35 might have been the final straw.

As always, with another frustrated wrestler the question is asked: Is Sasha Banks going to All Elite Wrestling? AEW is slowly building its Women’s Division. If somehow, someway Sasha Banks does leave WWE she would make an immediate impact on All Elite’s roster. Not just the women’s side of that roster either. This, more than any other superstar, could hurt WWE. Sasha would easily be the biggest name from WWE, and could be the face of AEW’s women’s division.

We will keep you updated on both Sasha Banks and Bayley’s status in WWE as it is reported. 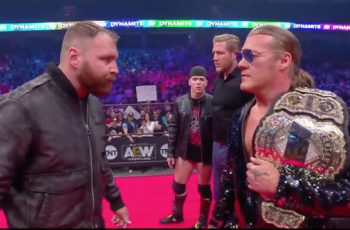 Ever since Double or Nothing, AEW has captivated the attention … 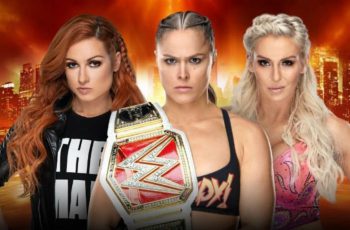 After months of rumors, the WWE finally confirmed it this …