[WARNING: This article contains a HUGE spoiler for Hobbs & Shaw, the new Fast & Furious spin-off. Continue reading at your own risk!]

One lesson we’ve learned from the Fast & Furious franchise is this: whenever there’s a bad guy, there is usually a bigger, badder guy lurking in the shadows. It seems that this remains the case even with the new Dwayne Johnson and Jason Statham  spin-off, Fast & Furious Presents: Hobbs & Shaw. The recently released trailer features Idris Elba (Heimdall in the Thor/Avengers films) as the film’s “bad guy”. However, sources close to That Hashtag Show have informed us that Elba is not the bad guy.

In the last outing for Fast & Furious, we learned the identity of the driving force behind all of Dominic Toretto’s miseries: Cipher. Charlize Theron played Cipher to chilling perfection, taunting and manipulating Dom to his breaking point. Fast & Furious 8 saw the first team-up between Hobbs & Shaw. That paring was the inspiration for the new spin-off series. Like Cipher before, there will be a new background baddie pulling the strings for the new, odd couple offset from the main franchise. That villain will be none other than Keanu Reeves.

Right now we don’t have any more details about the exact role Reeves will play in Hobbs & Shaw. We only know that he is somehow tied to the film’s main villain, Brixton (Idris Elba). It’s possible, according to the source, that Reeves’ character will be revealed towards the end of the movie. Alternatively, he could appear in an end-credits scene to set up the sequel we all know will be coming.

The official synopsis for Hobbs & Shaw and other information is available on the film’s official website:

Ever since hulking lawman Hobbs (Johnson), a loyal agent of America’s Diplomatic Security Service, and lawless outcast Shaw (Statham), a former British military elite operative, first faced off in 2015’s Furious 7, the duo have swapped smack talk and body blows as they’ve tried to take each other down.

But when cyber-genetically enhanced anarchist Brixton (Idris Elba) gains control of an insidious bio-threat that could alter humanity forever — and bests a brilliant and fearless rogue MI6 agent (The Crown’s Vanessa Kirby), who just happens to be Shaw’s sister — these two sworn enemies will have to partner up to bring down the only guy who might be badder than themselves.”

Stay tuned HERE for more on the Keanu Reeves role, and other information related to movie generally, as it comes. 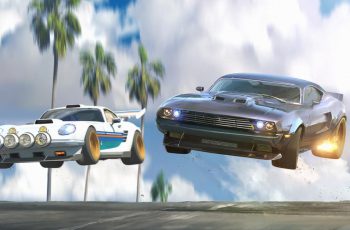 Netflix and Dreamworks have had great success with animated series … 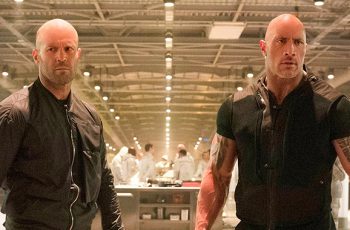 That’s right folks were getting a Fast and Furious Spin-off! …