Although Kevin Feige has said that it will be a long time until we get to see Marvel’s first family and Xavier’s School Of Gifted Children in the MCU, he has stated how wonderful it is to have them home at Marvel.

With the merger of Disney and Fox, it is inevitable that we will see Marvel Studios reboot the X-Men and the Fantastic Four where we will see them join up with the other major heroes of the Marvel Cinematic Universe.

In a new interview, Kevin Feige still remains to keep his cards close to the chest in regards to the future of these characters however he is evidently giddy that he now has the ability to use these beloved heroes.

He stated: “The specifics of what it means remains to be seen” he said. “But overall it’s wonderful and it feels like these characters have come home.”

Kevin Feige on Having X-Men and MCU Under One Roof

Kevin Feige would continue, discussing the benefits of having everything under the control of one studio:

“It will be nice to have what every other (intellectual property) holder that I can think of has, which is access to all their IP. Imagine if Donald Duck was at another studio. Imagine if Goofy or Moana were someplace else and you didn’t have access to them even though they are yours”.

Are you excited about the return of the X-Men and the Fantastic Four? Let us know how you would introduce them into the MCU.

Earlier today, Telltale Games had laid off a majority of … 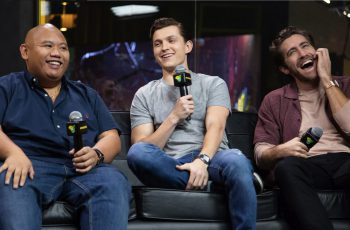 Is it possible we’ve already seen the next MCU villain …