Star Wars fans are still dissecting the Star Wars: The Rise of Skywalker trailer. Let’s be honest: we’ll probably still be analyzing it until the next trailer comes out. There’s no question that there is plenty in those two minutes to examine. First is the matter of how Emperor Palpatine will return, for starters. Likewise, many are still asking about who, or what, was repairing Kylo Ren’s helmet. And yes, that was indeed a derelict Death Star. One side-effect the trailer, however, is that it has reignited an old debate, as well. Once again people are saying (more so complaining, really) that Star Wars’ latest heroine Rey is a Mary Sue.

The term “Mary Sue”, if you’re not familiar, refers to a female character seemingly without flaws or weaknesses. Rey has carried the moniker since The Force Awakens opened in 2015. “Fan” complaints began again following the release of the first Star Wars: Episode IX trailer at Star Wars Celebration. For once, I actually agree with Kylo Ren: “Let the past die. Kill it if you have to.”

Is Rey Really a Mary Sue?

The trailer scene in question involves Rey, seemingly training with someone (Kylo?) piloting a TIE Interceptor. At the last second she leaps upwards and backwards, presumably onto or over the charging Starfighter. The complaint? She’s never had any real training other than a few minutes with Luke Skywalker. How can she be so powerful in the Force without training? Because she’s a Mary Sue! (This here is the point at which I roll my eyes.)

First and foremost, canon has never, truly explained what the Force is or how it works. Rey experienced a Force shock to her system when she touched Luke’s lightsaber at Maz’s castle. Who’s to say that event didn’t involve some kind of transference, or, dare I say, an awakening of the Force within her? Or that that pure, innate Force power doesn’t need to be learned? Why does the debate automatically veer towards a Mary Sue conclusion?

Plus, we know in The Last Jedi she took the ancient, Jedi texts. Call me crazy, but I don’t think she snagged them just to put on a shelf in her den to show off for dinner guests. I’m sure she actually read them, and taught herself following the Resistance’s escape from Crait.

And Here’s the Kicker….

The thing I find so ironic is that, from what I’ve seen, the same people complaining about Rey being a Mary Sue had no problem with Luke Skywalker in the original Star Wars. I mean ,talk about a Mary Sue. Don’t believe me? A farm boy who has no idea he can control the Force meets a mysterious hermit. The hermit tells him the Force is strong in his family, and gives him literally four minutes of training. Thereafter said farm boy can suddenly pilot a starship he’s never flown before. Oh, and can communicate with the dead. Don’t forget managing to alter the flight path of two proton torpedoes at a right angle down a two-meter hole. Mary Sue much?

Look, even if Rey is a Mary Sue… so what? Of all the things to analyze in a fictional galaxy full of extraordinary things, that’s what you choose to zero in on? Look, call her a Mary Sue all you want. But if you do, I suggest you also look up the saying “willing suspension of disbelief.” You are watching a science fiction movie, after all. 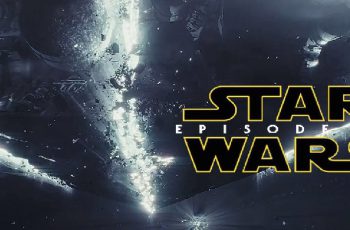 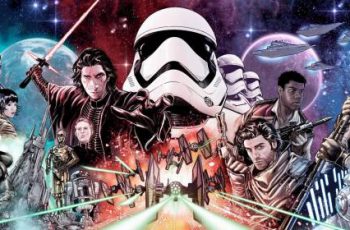 The Star Wars comics keep on rolling. Now on stands …