Now that I have talked about several of the ways they could bring Palpatine back, I want to break down how I would do it and why I think it makes sense. We know that in all three Star Wars trilogies Lucasfilm loves to re-use very similar stories. Some examples are Anakin’s, Luke’s and Rey’s introduction to the force all starting very similar to one another. Another, and one that is important to my theory, is their training. Luke goes to Dagobah to train with Yoda, and Rey goes to Ahch-to to train with Luke.

This trend is likely to continue with Luke becoming a Force ghost, much like Yoda and Obi-Wan Kenobi, imparting wisdom. But it’s another aspect of the training trend I think they’ll continue as well, linking to another great part of the Star Wars past. My idea is to re-do the Cave of Evil on Dagobah. This time, conversely, they substitute the destroyed Death Star II on Endor for the cave.

Think about it. Based on the amount of death and destruction the Death Star caused, and the death of Palpatine there, it makes sense that a similar dark and evil link would exist in its remains much like in the Cave of Evil. Here are my thoughts:

After we see Rey’s training come to a point, she is no longer able to improve on her own. Luke comes to her as a Force ghost (taking a break from his new home and life in the future on Knightfall, of course) and he explains to Rey that, in order to complete her Jedi training, she needs to go to the Death Star on Endor and face her final and most difficult challenge/battle.

What would transpire is an epic fight between Rey and Palpatine. I had always felt they had much larger plans for the Cave of Evil, but as the movies played out, they never gave us the story and ending of the cave we deserved. I am open for how this battle between Rey and Palpatine ends. They could follow the example of the original, and have Rey see her own face once she takes Palpatine out. Or… they could go in a different direction entirely. The most important aspect is that this epic battle between the two takes place only in her mind. Rey defeating Palpatine is more of a spiritual victory, necessary for Rey to complete her training and become a Jedi.

Just after this battle would be a great time to bring Rey’s family back into the story. I imagine it being explained that they didn’t abandon her, but rather left her to complete her destiny.

Thanks to Walter for this week’s contribution! Let us know what you think of this theory in the comments below. 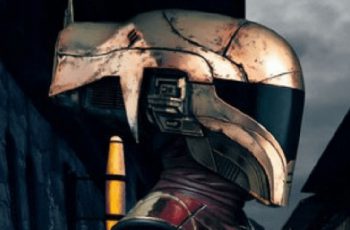 Star Wars fans have been holding out hope for a … 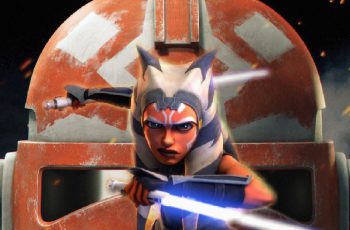