Star Wars Celebration had a lot of memorable moments, but there was one that stood out the most to me. Yeah it was amazing to see the trailer of STAR WARS: The Rise of Skywalker and The Mandalorian. It was awesome hanging out with so many Star Wars fans and buying all the cool merchandise. Any of these could be the top of any Star Wars fan’s experience at Celebration. But for me was it was watching Kelly Marie Tran walk out onto the Star Wars Stage and receiving a standing ovation and fans chanting her name.

Kelly Marie Tran, the actress that played Rose Tico in STAR WARS: The Last Jedi and The Rise of Skywalker, was brought to tears as she stepped out on the Stage and was greeted with the ovation that she received. Fans showing no signs of hate cheered, clapped and yelled her name over and over. Even Daisy Ridley and John Boyega got into that chanting and clapping as well.

What J.J. Abrams had to say

At that moment you could tell she was lost for words. “It’s really overwhelming. Hello. Thank you,” said Tran. But it wasn’t just her costars that got the crowd’s excitement up for her, J.J. Abrams had a few words to say about her as well.

“Rian did a ton of great things, but the greatest thing he did for me was casting Kelly Marie Tran!”

The Hate and Harassment

It was great to see this reaction for Kelly Marie Tran. Especially after all the Hate and harassment she received after The Last Jedi. It was so bad that she left social media. Where it should have been celebrated that she was the first Asian-American actress to play a major role in the Star Wars Saga, it wasn’t. Instead many fans didn’t celebrate and turned towards hate to express their feelings.

“It wasn’t their words, it’s that I started to believe them. Their words seemed to confirm what growing up as a woman and a person of color already taught me: that I belonged in margins and spaces, valid only as a minor character in their lives and stories,” Tran wrote an op-ed for the New York Times.

She Also wrote, “For months, I went down a spiral of self-hate, into the darkest recesses of my mind, places where I tore myself apart, where I put their words above my own self-worth.”

The sad thing is that she has yet returned to Instagram. Hopefully we will see her return soon. With all this she has found the positives that could be taken from the hate. She is currently focused on being a voice for women and people of color.

I want to hear from you

I for one am glad that she received that ovation at Celebration. In a world today with so much hate Star Wars fans came together and gave her a Celebration she will never forget. It didn’t matter if the fans didn’t agree with her role in the saga, they all welcomed her as part of the Star Wars family. So thank you to everyone that was there and showed your support to Kelly Marie Tran (Rose Tico). It was great to feel the love and energy in the air.

So what were your feelings about the way Kelly Marie Tran was welcomed at Star Wars Celebration? Well That Hashtag Show wants to hear from you. You can do that by hitting us up on Twitter @thathashtagshow and myself @starwarsnerd574. You can also comment from this article as well. Also make sure to stay up to date on all the Star Wars news by following us at ThatHashtagShow.com. 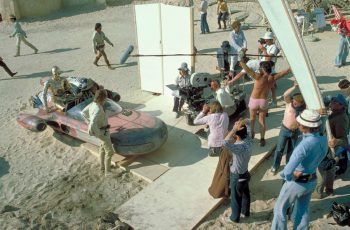 One thing you can always count on with STAR WARS …