One of the future installments in Warner Bros’ DC Extended Universe is the second round of The Suicide Squad, which will be helmed by Guardians of the Galaxy director James Gunn. With production set to take place later this year, WB and Gunn are slowly, but safely bringing in old as well as new players to the squad.

Following the news that John Cena is in talks to join the film, The Hollywood Reporter revealed today that Ant-Man/Ant-Man and the Wasp star David Dastmalchian has joined the cast of the upcoming DC picture. He will be taking on the role of Abner Krill a.k.a. the Polka-Dot Man who is a minor villain from Batman’s rogue gallery.

This marks as the official new member of the Squad, with Elba, who was originally set to take over for Will Smith as Deadshot, playing a mystery character. According to The Hollywood Reporter, characters such as King Shark, Ratcatcher and Peacemaker are supposedly going to be added to this film.

While The Suicide Squad has been described as not being a full-on reboot, it will be going into a new direction that will differ from David Ayer’s first installment. Despite new characters being brought in, you can expect to see several familiar faces from the first one, with Margot Robbie, Viola Davis, Joel Kinnaman, and Jai Courtney reprising the roles of Harley Quinn, Amanda Waller, Rick Flagg, and Captain Boomerang respectively.

Aside from his role in the Ant-Man franchise, Dastmalchian is no stranger to comic book media. In 2008, he appeared in Christopher Nolan’s The Dark Knight and later on, he debuted as the villainous Abra Kadabra in the third season of The Flash on The CW. Could The Suicide Squad possibly show up at this year’s San Diego Comic-Con with the full cast as well as Gunn, for a brief appearance at Hall H?

Only time will tell, but in the meantime let us know in the comments below if you’re excited for Dastmalchian being cast as Polka-Dot Man! What other characters do you hope the movie will introduce? Be sure to stay tuned right here on That Hashtag Show for everything trending in geek pop culture!

The Hollywood saga of Disney, Marvel Studios, and James Gunn … 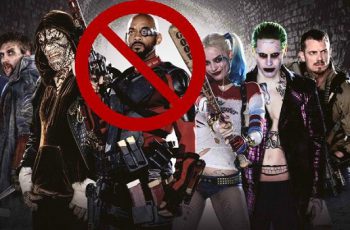