Technicalities out of the way:

We knew it would be big. We knew it would be #1. NO ONE saw this coming! Avengers: Endgame is crushing every box office record that has been created and unlike other films, it does not need a bunch of caveats to make it look bigger than it is. This film is the real deal. Goodbye Star Wars. Buh-bye tall, skinny blue people. A new King reigns.

Avengers: Endgame brought in a whopping $350 million! On Opening Weekend! Most films would kill for this amount over their entire run. Endgame just did it in three days! When the actuals drop tomorrow, look for this number to go UP.

Overseas it doesn’t slow down. Over the five day opening weekend overseas, Endgame has brought in $859 million for a global box office of $1.2 B (note this is a B not an M) illion!

Critics and fans alike are scoring Endgame through the roof as well. Cinemascore has it scored as an A+. Rottentomatoes has it as a 96% with critics and 93% with fans. When we talk about second week drops, a movie does well if drops from 49-54%. I honestly think despite a huge opening weekend, which usually leads to a higher wk2 drop, Endgame may come in with a high 40s wk2 drop. This means wk 2 could bring in anywhere from $180-$140 million.

That is a lot of big numbers, but if that doesn’t show you how big this Endgame is, here are the records it broke:

Well we are finally out of the winter doldrums of … 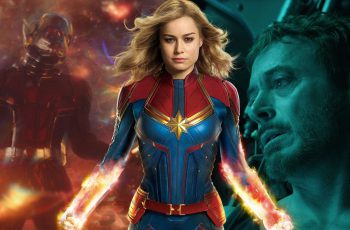 Earlier today, Disney had a meeting with a large amount …