As we move into our fourth issue of Transformers: A Bold New Era, two things are very obvious. One there is a very high dedication to artwork in Transformers #4. Not only are there once again a multitude of great covers, but the artwork inside is remains top notch. The second thing being story and world building are of paramount importance.

Once again we get several covers, all of which are amazing. Cover A is a great shot of Orion in all his future leadership glory. Cover B reminds us of what is actually going on inside the pages with the death of Brainstorm.

This issue kicks off with Chromia and Windblade on the tracks of Brainstorm’s killer. While the search is going nowhere, we are introduced to Cyclonus for the first time. He appears to be some sort of recluse who sees ghosts of fallen transformers. He says little to Chromia, but his ghosts indicate he knows something about the murder of Brainstorm.

I really love how all of the major names of the war are slowly being brought into this new story line. They all seem to be on different pages and in different places on Cybertron, yet when the war starts, we will see the team ups begin.

Then There Were Two…

A Second forging has occurred. Rubble, who is a new transformer still learning about Cybertron and the life around him is now the second youngest transformer. The new youngling is female and paired with Arcee. Of course a giant Cybertronian party ensues for the newest forging.

We pick up an interesting fact in Transformers #4 from from Bumble Bee: forgings on Cybertron are very rare. Not only is Rubble the first in a long time, but now there is an unprecedented second forging in a very short period of time. This piques Bee’s curiosity and should our as well. What does it mean going forward?

Then this issue switches once more. We get to see a Cybertronian burial as Brainstorm’s body is returned to the Cybertronian ashes. There is some interesting political debate as the funeral progresses. Sounds like the reversionists aren’t liked by nearly anybody.

While talking with Ironhide, we also get the sense that Orion is losing control of the situation rather fast. He is at odds with the council but no one is listening. Writers are doing an excellent job spelling out the decay in the government that eventually leads to the war.

There is also an interesting little tidbit from Megatron. Orion and Megatron talk about Tergamax and what she might think of what is happening. Megatron says the following:

“Do you want me to condemn the violence of the Rise, Orion? I will do so. For the thousandth time. They might have stolen some Ascenticon ideas, but the extremity of their response to Autobot intransigence is not our way.”

Now does that sound like the mighty Decepticon leader, Megatron? Apparently that is a leader that does not exist yet, and we will liekly see him emerge as we continue on with the story.

The story then concludes with a touching farewell to Brainstorm. We see the rest of his funeral. This is a side of the transformers and their society we really have never had a chance to witness. It makes a nice accent to what is happening along with the war that is forthcoming.

The action may be slow in coming for this title, but the writers are doing a masterful job of setting up the world, exploring it and giving it depth. When the breakdown happens and the war finally comes, it will mean so much more than the simple destruction off Cybertron. 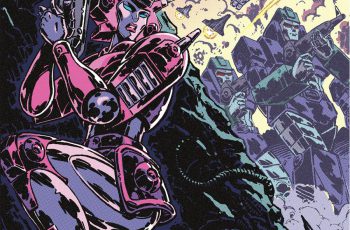 In Transformers Issue 5 we witnessed some fairly large events. … 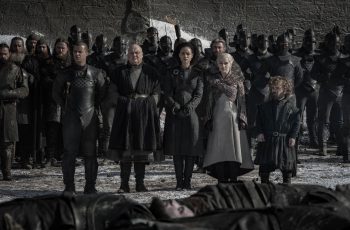