In Case You Forgot, The MCU Is TV Too

The Marvel Cinematic Universe is more than just its movies. The MCU consists of multiple tv shows such as ABC’s Agents Of S.H.I.E.L.D. and Netflix’s Defenders, that includes Jessica Jones, Daredevil, Luke Cage and Iron Fist. The shows and movies exist within the same shared universe so we wondered when we’d finally see some of our tv faves make the jump to the big screen.

The Jump To The Big Screen

In a interview with the New York Times, Endgame writers Christopher Markus and Stephen McFeely reveal their reasons for not including more tv characters in Endgame.

Did you consider using the heroes from the Netflix TV shows, like Daredevil or Jessica Jones?
McFEELY: We would have to introduce these five characters — or whatever many. We already are assuming people have seen a lot of the movies. Are we really going to assume they have bought a subscription to Netflix and watched those shows enough so that when they see them, they’re going to go “yay?”
MARKUS: It also screws up the timelines. You would have to assume that they all got snapped away, or otherwise they might have shown up earlier. I think the only character who has come from TV to the movies is Jarvis, James D’Arcy [from “Agent Carter”].

Though Not in Endgame, Will The Fantastic Four & X-Men StilL BE In The MCU?

It was noted that neither the Fantastic Four nor X-Men would make make their much speculated debut in Endgame. McFeely responded that they were quote, “Legally, not allowed to.” This was due to the Disney/Fox merger not being complete at the time.

Markus elaborated that there was also the last X-Men film to consider. “They still have an “X-Men” movie [“Dark Phoenix,” due in June]. You can’t reboot them before they’re done. “Sorry to completely screw you.””

Dave Bautista who plays Drax The Destroyer in Guardians Of … 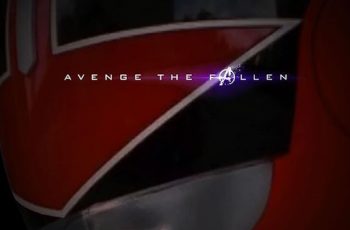