Even the casual Star Wars fan these days knows the name of Ahsoka Tano. The character had a dubious beginning as Anakin Skywalker’s padawan in the feature-length Clone Wars movie, admittedly. Over the course of six seasons of Star Wars: The Clone Wars, however, the character evolved.Then she appeared in Star Wars Rebels and fans loved her more. At present, she is one of most popular Star Wars characters never to appear in the episodic films. So imagine our surprise when a major news outlet recently described her as a “character you’ve probably never heard of.”

Therein lies the problem with mainstream media reporting on something they know nothing about. That description filled a recent CNBC headline about Ahsoka and the  popularity of her collectibles. Clearly someone at the news outlet did very little research before penning an article about a beloved Star Wars character. In fact, fans have grown so attached to Ahsoka that she is the driving force behind fan excitement for The Clone Wars’ revival. Dave Filoni’s brain child returns in November on Disney’s new streaming service, Disney+.

Ashley Eckstein, the vibrant and amiable actress voicing Ahsoka Tano, brings a rare depth of emotion to her animated character. It is Eckstein’s talent that truly brings the character to life. Fans recognize and appreciate that dearly. And THAT is why Ahoska collectibles are such hot commodities.

She’s very passionate about making sure that we focus on the fan as much as we do on the license itself. Anytime I see her walking around the floor [of a convention] or talking to people she will remember names, she’ll remember people.”

Having personally participated in an interview with Eckstein, I can emphatically confirm Duele’s assessment. So no, Ahsoka is  not a character that fans probably haven’t heard of before. She’s a Star Wars mainstay, and one that millions of fans are excited to see when The Clone Wars returns. 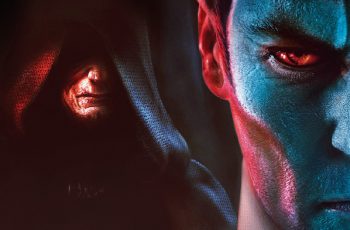 Grand Admiral Thrawn has been a Star Wars fan favorite … 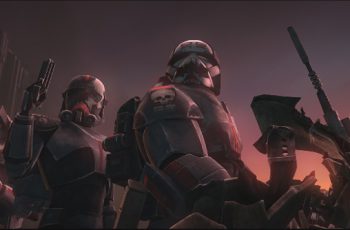 Star Wars: The Clone Wars has been back for merely …