Kevin Owens admits he wanted his heel turn on Kofi and The New Day to go a bit differently.

The heel turn, or becoming a bad guy is the oldest trick in the wrestling handbook.  If it is done correctly it comes from nowhere and leaves everyone with their jaws on the floor.  To see your favorite good guy or babyface turn into a heel before your eyes and never see it coming can draw in interest to the wrestler and his or her feud.  However, it can be difficult to do correctly.

All Owens wanted was a great heel turn to shock everyone.  However, according to a TheWrap.com interview with Owens he was disappointed with his heel turn.


“I wish I would have been able to stay on the other side of the fence a little longer, to be honest,” Owens told TheWrap. He’d continue by saying “I don’t think anybody’s really seen me as a babyface ever, or, like, the way that I envision myself being. I don’t think people have any idea what I can do on the other side. But, you know, what’s done is done.”

The babyface side of Owens would have been very interesting to see.  Owens is one of the top performers in the WWE, but he has always been a heel.  He has consistently good matches if he is given the opportunity to showcase his wrestling skills.  However, where Owens really shines is on the mic. Owens has proven to be one of, if not the best, talkers in the WWE.  If he says he can be a babyface then I have no doubt he could have done some extraordinary work as a good guy.

Owens Admits He Was Wrong

Ultimately Owens admitted to TheWrap that he was wrong about the heel turn being too quick.


“You know the movie ‘The Village’? The M. Night Shyamalan movie? I watched that movie and the ending blew me away,” Owens told TheWrap. “And afterwards, I had so many people tell me, ‘Oh, I saw it coming, I called it.’ You’re full of it, there’s no way you called that. It’s the same thing here. You knew there was gonna be some sort of swerve but there’s no way– I really don’t think people expected it to be that quick.”

Wrestling fans knew he would go back to his heel character.  Owens is just such a good heel for him not to, but the quick turnaround was indeed a shock.  Kudos to WWE for making the right choice, but I would have really liked to see Owens as a babyface. 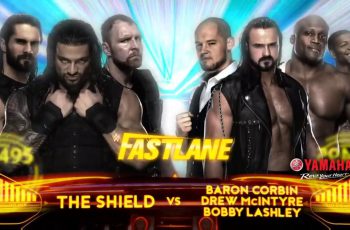 The road to WrestleMania is getting more interesting by the … 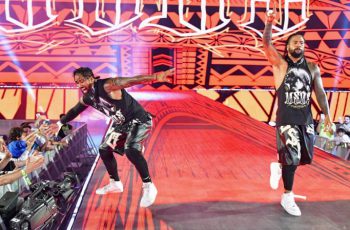 WWE Superstar Jimmy Uso was arrested for DUI charges in …