Disneyland’s Star Wars: Galaxy’s Edge is set to open in three weeks. This brand new area is expected to bring in a huge crowd opening weekend. But with that, there is the big problem of crowd control, That’s especially true now that the park is expanding and adding more rides and lands to it. And with Project Stardust happening in the park as well, the crowds will be getting bigger. So what does that mean for Tomorrowland?

As for how crowd control is going to happen, we already know that certain areas have had the walkways widen. But one thing that was almost removed was the Astro Orbiters at the entrance of Tomorrowland.

The ride is in a very weird spot. It’s at the entrance of Tomorrowland, but it does take up a huge chunk of space that could be used to expand the walkway.

The Future for Tomorrowland

It would make more sense to remove it, just so the walkway can get expanded to deal with the crowds. And once Galaxy’s Edge is open, the next big land/area that is opening is the new Marvel area.

Right after the Marvel area opens, construction on Tomorrowland is going to be happening. The old tracks for the Tomorrowland Transit Authority Peoplemover are getting removed. And the impending Tron Rollercoaster is going in the area.

The coaster will be in a weird spot in Tomorrowland. It’s going to perching just on the outside edge of the land. The coaster, which is also going to be Walt Disney World at the Magic Kingdom Theme Park, is based off of Shanghai Disneyland’s Tron Coaster.

It’s awesome to see that new rides and experiences are coming to Disneyland. But hopefully Disney can figure out a way to reconfigure Tomorrowland to be more open and have more space.

Details for the new rides coming to Star Wars: Galaxy’s … 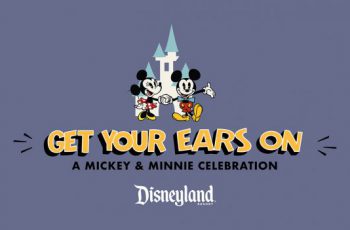 Disneyland’s Get Your Ears On- A Mickey and Minnie Celebration …