I had a chance to see Tolkien, and I must admit this is a hard movie to rate in the end. It sits outside of my wheel house for normal films and it wants to feel like an awesome film, but too many parts are scrambled or incomplete.

To start this is a British period piece. In the trailers we see scenes of war, but the war is very much a small back drop and one of many pieces in motion throughout this film. If you are not a fan of action-less, period pieces, this movie will be hard for you to sit through even if you are a Lord of the Rings fan.

The acting is top notch. Nicholas Holt was a great choice to play Tolkien. It was fun seeing Colm Meany resurface again. The rest of the cast was very solid, but I do not think anyone really “popped” until Tolkien meets Professor Wright played by Derek Jacobi. Jacobi brings a presence to any of the 155 roles he has played in his career.

The Language of Creation

In fact that is the single best and most consistent part of this movie and that is Tolkien’s love and mastery of language. They use this early and often to great effect. In fact the afore mentioned scene with Derek Jacobi I wish had continued longer. The problem was by the time this part of the story rolls around, the movie is nearly over. I wanted more depth use of their time together.

Tolkien: The Lack of Focus

The problem with Tolkien comes from it not knowing what it wants to do with itself. Is this a ‘fellowship’ movie? Is it a love story? War Story? or an origin story for Lord of the Rings? It tried to cover all of these bases and fails to adequately bring satisfaction to any one part of it.

The trailers show this as a war movie, but to be honest all of the war scenes could be condensed into a single segment of the movie for better effect vs using it as a back drop through out the movie.

The development of the fellowship worked in the minimalist sense, but it feels like they were going for a Dead Poets Society feel, in which case they fell way short. As does the love story. Lily Collins does a wonderful job as Tolkien’s love interest, Edith Bratt, but the story fails to use her correctly. When the story wishes to focus on the love story, it uses the element well, but then Edith becomes sidelined for huge chucks of the movie (some needed). She fails to have any significant impact on the overall story.

Where Is the Ring?

Lastly, the biggest selling point is the biggest downer. This was advertised as the story of Tolkien, but it threw around Lord of the Rings images quite frequently implying we would receive insight into his inspirations behind the books. They used cheap flashes of images to portray the shallowest of points in the books. There are flashes of other items here and there. Edith obviously represents Arwen, and the T.C.B.S. inspired his fellowship ideas, but there could have been so much more. Tolkien drew so much more from the war and the ‘machinations’ of England and Europe.

Also, conspicuous by his total absence was C.S. Lewis. Tolkien and Lewis are the founding fathers of modern day fantasy. Their friendship is often overlooked by modern day culture, but the two were huge influences on each other. Either way I really feel like Lewis needed to be in this movie in some form. His total exclusion really does make the film feel less.

This is a really hard movie to rate for three reasons. The first this is outside of my normal wheel house of movies. Second, this is a well made movie that has hints of greatness to it. It just never goes deep enough. Finally, it was too scattered all over the place. It needed a more focused vision of what it wanted to cover instead of taking snippets from all corners of his life.

For the latest on the LotR Amazon Prime series read here. 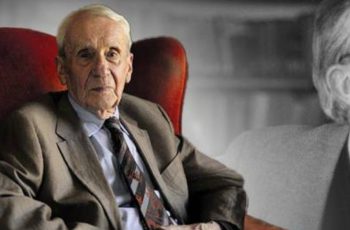 News broke yesterday of the passing of Christopher Tolkien, son …

What am I talking about this time: DC Comics, Superman …