Star Wars: The Rise of Skywalker is now just a little over seven months away. As J.J. Abrams has indicated, the final, episodic Star Wars film will tie the entire saga together. Speculation has run rampant about whether or not Hayden Christensen will reprise his role as Anakin Skywalker/Darth Vader in the film. The result of that speculation is fans scrutinizing, well, everything Vader from the prior films. One such examination discusses the Vader hallway scene from Rogue One: A Star Wars Story.

According to a recent article from Screen Rant, the writer feels that the Vader hallway scene was nothing more than fan service, and failed Rogue One as a whole. The piece claims that the Darth Vader scene actually takes away from the film, saying this of scenes like the one featuring Vader:

[These scenes are] detrimental when these new additions are at odds with both the movie’s story and its makeup. It’s worse when such additions add little thematic value to the movie. Moreover, Vader’s hallway fight could be removed so that Jyn and Cassian’s sacrifice cuts directly to Princess Leia receiving the plans, and the movie’s central narrative would be unaffected – albeit less spectacular.”

Now, you know I’m not one to generally quote The Last Jedi, but to paraphrase: here’s why every word of what that article says is wrong.

While the article correctly notes that one of the films central themes is hope, it completely ignores the other, and in some ways more prevalent theme of desperation. These are dark times in the galaxy. The Death Star is coming to scourge systems into submission. It is a time for desperate and extreme action. So desperate are our heroes that Cassian Andor, in one of the first scenes in which we meet him, commits cold-blooded murder in furtherance of the cause.

The Vader hallway scene is the embodiment of why that desperation is necessary. The scene takes nothing away from the sacrifices Jyn Erso and the others make. To the contrary, it emphasizes them. Vader in that scene depicts exactly the terror and tyranny against which the Rebels are fighting. Preventing that kind of terror is why Jyn, Cassian, K-2SO, Baze, Chirrut, and Bodhi sacrifice themselves to ensure the Death Star plans make it into the Rebellion’s hands.

The Vader hallway scene is a stark reminder that desperation, sacrifice, and hope all remain essential to the Rebellion until such time as they are able to defeat the Empire. It takes nothing away from the sacrifices made. If anything it makes them more poignant.

What do you think? Let us know in the comments below. 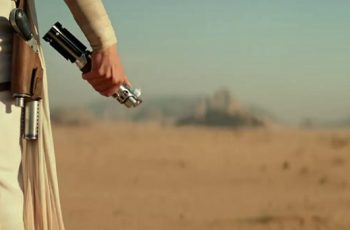 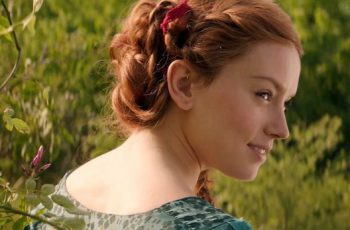 Rey, as we know, is the central character of the …