After an eternity, Dan Harmon and Justin Roiland just gave us a light at the end of the tunnel. How, you ask? They’ve just announced the release date for Rick and Morty Season 4!

Earlier today Adult Swim posted a short Rick and Morty clip to its Twitter announcing the release. In traditional Rick and Morty style, the pair drunkenly and repetitively told us the show would be returning in November. The return was officially announced for the hit Adult Swim series at the WarnerMedia upfront presentation in New York.

When the series premiered on December 2, 2013, the animated sit-com instantly caught wind for its incredible take on science fiction as well as a unique angle on existential comedy. Something which is in short supply in mainstream television programming.

Back in May of 2018, we got the good news that the series was picked up for an additional 70 episodes. However, it seemed we’d have to wait years to see them all. We had to wait well over a year for season 3 and by the time season 4 arrives, it will have been almost another 2. That being said, good things take time. The creators of Rick and Morty have never failed to push the envelope. Not just in comedy, but the way they tackle real-world issues as well. The series keeps you hooked with creative storylines, addicting character dialogue, and their unique take on addressing real, relatable problems. Jerry and Beth’s marital and familial problems are real-world issues that many fans can relate to.

While we can now all have a huge sigh of relief since we know what day to look forward to, it is also a bittersweet moment. Having to wait 7 LONG MONTHS until we can get truly “Schwifty” is going to be rough.

The only thing I like better than a good story, is a good movie. 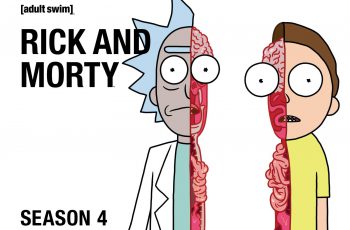 Do you love D&D? Have you ever wanted to …