Fans of the original animated Aladdin all remember the moment when Princess Jasmine accidentally steals an apple to feed a hungry child, thereby setting off the chain of events that leads to one of the greatest Disney romances of all time. In the new live-action version, that character beat expands into an entire arc that even birthed a new song for Jasmine, sung by Naomi Scott.

“Speechless,” which was written by none other than acclaimed Disney composer Alan Menken alongside the duo of Benj Pasek and Justin Paul (La La Land, Dear Evan Hansen), is the embodiment of everything Jasmine stands for and is sure to be a highlight in the upcoming film. Actress Naomi Scott spoke a little about how it felt to bring that song to life at a recent press conference for Aladdin.

“The fact that they wrote something [for me], first of all, that’s already surreal,” she gushed. But rather than simply enjoying the song, she appreciated the meaning for her character as well as the audience listening.

As for actually recording and performing “Speechless” on the set of Aladdin, Scott acknowledged “that day was very emotional.” She even went so far as to perform parts of it live, because “I wanted it to feel raw. I wanted it to feel like what she’s going through in that moment.” You can view some of that in the special feature below:

Whether fans of the original will appreciate the new audition, Scott is proud of her work.

“It’s out there. The song is, for me, it’s the world’s song. Whatever it will be, it will be. And whatever people take from it, they will take. I’m just very blessed to be the person to embody it.”

Are you excited to see the full song performed in Aladdin this week? Let us know in the comments below. And check back with That Hashtag Show for all the latest news on your favorite movies.

Star Wars Episode IX Reportedly Will Not Release The Same … 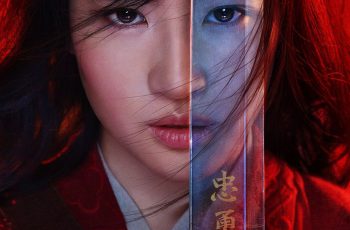 A New Look at an Old Classic The newest look …