By now, you’ve heard the story of Hangman Page and PAC being a match that was going to take place at AEW’s Double or Nothing. “Was” being the keyword.

This past weekend, PAC was set to wrestle a triple threat match against Jody Fleisch and Robbie X. The match was cancelled (in-storyline) and PAC issued an open challenge. Enter Hangman Page to an insane ovation from the crowd in Nottingham. The internet shortly followed upon hearing this news, with some speculating that it was the two’s warm up match for Las Vegas.

The match itself (which can be viewed in the link above) is pretty good. These two have good chemistry together. A back in forth match that lasted around fifteen minutes ended in a less than satisfactory way. Page went for the Buckshot Lariat, but PAC low blowed the referee. Resulting in a disqualification. Thus protecting everyone involved.

After the match, PAC brutally attacked Hangman Page with a chair. He then took the microphone, and let the crowd know that he wouldn’t be showing up at Double or Nothing.

At first, many believed that the reasoning was because PAC did not want to lose to Hangman Page. This was not the case, as the original finish of the match saw PAC going over Hangman Page at Double or Nothing.

The problem that PAC had, was the match that was planned the for unnamed August 31st All Elite Wrestling show. Which would have seen Kenny Omega taking on PAC at the Sears Center in a legit dream match. Although the outcome of that match more than likely wasn’t planned yet, PAC could see the writing on the wall.

For those not in the know, PAC has been undefeated since his return to professional wrestling twenty months ago at Dragon Gate. He is the current Open the Dream Gate Champion, and has held that belt for almost 200 days. Since then, he has not been defeated. He has wrestled half hour draws against Zack Sabre Jr. and Will Ospreay. All to protect and elevate the Dragon Gate promotion and the championship he currently holds. Another reasoning could be because, although he is with All Elite Wrestling now, Kenny Omega is still seen as a New Japan guy in Japan. PAC more than likely feels losing to Omega would damage the reputation of Dragon Gate.

However, the DQ finish does appear to leave the door open for PAC to return someday. Just because it doesn’t work for PAC right now, doesn’t mean it won’t work later down the line.

No match has been announced to replace this cancelled match as of this posting. We will provide information as it becomes available. 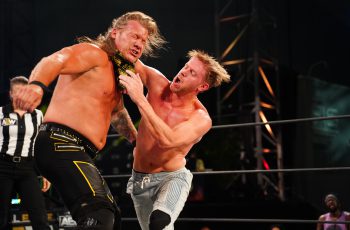 All Elite Wrestling (or AEW) is going to have paying … 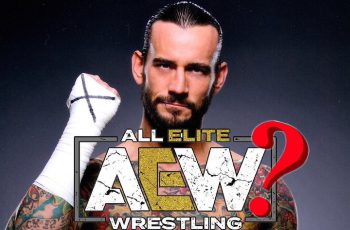 CM Punk is coming to Starrcast III! The Voice of …