Jasmine doesn’t get a brand-new song to belt out in Disney’s live action Aladdin remake. She also has an empowering storyline that goes far beyond simply not wanting an arranged marriage.

Star Naomi Scott and director Guy Ritchie spoke about how the “equality of challenge” required for Jasmine’s plot, and how it was contained within her character all along, at a recent press conference for the film.

“I really think it was a natural progression,” Scott said when describing Jasmine’s desire to become the ruler Agrabah deserved. “Jasmine needed even more of a challenge in this movie as well.”

“She should be the leader… It’s not this thing that’s been shoehorned in. It just makes sense. And she’s a human. For me as an actor, my main thing is: how do I humanize her? how do I give her depth? So those things just came naturally.”

It certainly does cast her previous reluctance to marry in a more interesting light, because one fact that Aladdin hasn’t always touched on is that whoever becomes Jasmine’s husband also becomes Agrabah’s Sultan. What kind of man deserves to take on that role, and why shouldn’t it go to a woman like Jasmine who’s trained for that purpose? Ritchie explained how those questions shaped Jasmine’s story further.

Creating Jasmine and her Backstory

“If there was anything that looked like there could be some evolution in this narrative, it was that there needed to be a voice given to Jasmine.” The director pointed out that Alan Menken gave her said voice directly in the song “Speechless,” but it also took Scott’s powerful performance throughout Aladdin to bring it home. “Naomi as a performer [is] very light of spirit, but when it comes to actually committing to a performance, she’s profound. She can immediately switch into that mode, which to me is the best of everything.”

“She earns her right there. And to me, it’s not really about gender as much as it is about an individual standing up for themselves at a pertinent time. And they can illustrate that point. They can articulate that point. And they have the breadth and personality to do that. And I think it really works actually, that part in the film, because it is backed up. So that just felt like it was the most obvious place that this narrative could evolve was to give Princess Jasmine a voice and that she could back that voice up.”

Watch Jasmine’s journey when Aladdin premieres on May 24th. And check back with That Hashtag Show for all the latest news on your favorite movies. 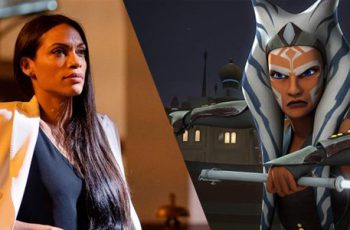 You knew this was coming. Now leaks have unofficially announced … 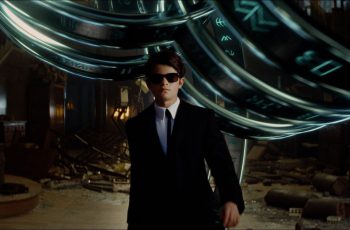 Disney can thank the pandemic for this stink bomb. Instead …