From the moment Disney announced its live action remake of Aladdin, one, key element was critical. Specifically, Disney needed to find a cast that accurately reflected the influences from which the story was inspired. It was also one of the biggest concerns for fans, especially when the original already included so many disparate cultures.

Star Mena Massoud, who plays the eponymous Aladdin, expressed his own thoughts on the diversity of the story at the recent press conference. For him, the choices made in the casting and production were all positive.

“I’m especially proud of the representation and the ethnically diverse casting that was put together for this. It’s not often you can go to a movie theater and see [so many] people of color represented like this. It’s certainly something that I was missing in my childhood. So I’m proud of the casting that Guy and Disney put together. I’m excited for little boys and girls to go see people that look like them onscreen.”

It’s not just that the characters in Aladdin are almost all played by actors of color. It’s also that elements of Middle Eastern, Indian and East Asian culture have been incorporated into the story and setting without becoming fetishistic. Mena Massoud eloquently explained the importance of the casting. His co-star Will Smith added thoughts on the nature of cultural appreciation, as well.

“I think it is critically important to be able to pull stories and colors and textures and tastes from around the world. I think that in this particular time in the world, that kind of inclusion and diversity will be a critical part of turning our connectivity… into harmony.”

Whether the meshing of, say, Bollywood-inspired dances with classical Arab political systems works will a matter of personal taste. But it’s clear that Mena Massoud and the rest of the Aladdin cast have approached the material with respect and optimism. That will hopefully shine through onscreen.

Let us know your thoughts in the comments below. And check back with That Hashtag Show for all the latest news on your favorite movies. 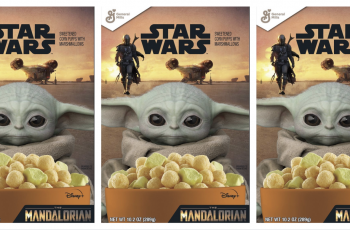