Disney’s live action remakes have been happening for some time to varying degrees of success. Some like Dumbo and Pete’s Dragon have failed. Others like Beauty and the Beast and The Jungle Book have been smashes. Others range all over the place. The latest entry is Aladdin. Where on the list does Aladdin belong? Let’s take a look.

I have said it before and I’ll say it again – “Man, I love being a turtle.” Okay. Well there is that, but the other thing I keep saying is STOP COPYING THE GOD DAMNED CARTOONS!!! I actually walked out of Aladdin a bit pissed because Disney did it again. They try so hard to copy the cartoon that they squander golden opportunities to make magnificent movies.

If Maleficent is a 1 and Beauty and the Beast is a 10, the exact copy level of Aladdin is an eight. Too much of the movie tries to repeat the cartoon and hit the same beats. The problem with this is the cartoon magic fails to emerge every. single. time. Aladdin is no different. While a well crafted movie, it fails to capture any magic the cartoon possessed.

Some might question Guy Ritchie for this directorial role. He really has not had much success outside the Robert Downey Jr acted, Sherlock Holmes movies. Ritchie tends towards smaller fare and also has a very unique style that does not fit all genres. The faults of Aladdin have nothing to do with his abilities. He even left out his trade mark camera tricks.

Disney’s next live-action film Aladdin is releasing in May 2019, … 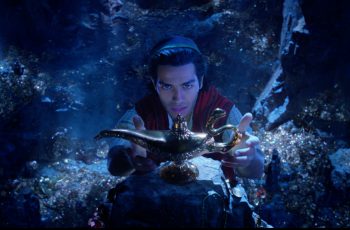 We finally have a full trailer for Disney's live action …