There is one area where Aladdin fell woefully short – Jafar. I am sorry but Marwan Kenzari was just god awful as Jafar. I do not think it is talent so much as fit. There was never anything menacing or fiendish from Jafar. The cartoon character possessed a psychopathic edge that made him more frightening. This Jafar failed on every level.

Let Go of the Past!

If Disney want to keep making these films, they need to let go of the past. Stop trying to mimic the cartoons because all it does is hurt the final product. With both Aladdin and Beauty and the Beast, they fail to capture the magic of the cartoon when they copy scenes and dialogue, but when the films delve out on their own, make new scenes and let the actors act real magic happens. Aladdin is a flat recopy of the cartoon, but the scenes where actors can make the scene their own because it is new material, they do really well.

In the finale, Jasmine owns a scene where she interacts with Hakim, the head palace guard, it works wonderfully. Any scene Dalia participates is hilarious, and the addition/change of Prince Anders, the main suitor, is positively hilarious and unique. Jasmine’s new song, with Naomi Scott’s heavenly vocals, steals the show.

I mentioned “Friends Like Me’ earlier. The song in the film was adequate, but in the end credits there is a ‘Smithified’ version that is 100% Will Smith. THAT is the song that should have been used in the movie, not the toneless copy they used. It would have let Smith make Genie more his own.

It is because of this ‘copy’ syndrome that I am really losing interest in Lion King. With all of the remakes to this point at least we are taking cartoons and making them live action with people. If Lion King is this much of a copy, they can’t even say that. They will go from one non-real media to another (cartoon to CGI). Now THAT is a rip off to consumers.

All those songs may work in the cartoons because you can do so much with them while still advancing the story, but in the live action movies, Disney needs to tone down or eliminate most songs. With all the songs more times than not, Aladdin felt more like a Broadway musical than a movie, and Broadway does not translate as well on the big screen most time.

Disney needs to leave some if not most of the songs out. Key songs like “A Whole New World” or “Tale As Old As Time” should be left in, but ditch most of the others. many times live action scenes can’t keep pace with the song the way a cartoon can.

While I have ripped on parts of this movie quite a bit, it is all directed at one area. Disney needs to stop doing verbatim remakes and do a more original remake like they did with Cinderella and Maleficent. The actors they are casting, along with wonderful directing talent, have so much promise to produce movie magic and create something wonderful, but in the end they are handicapped by having to hit all the same notes as the cartoons. Sure a few might miss here and there (Dumbo), but the overall end net gain will be amazing.

Aladdin has some wonderful moments and almost all of its original content is fantastic, but like its predecessors, it fails to capture the original magic of the cartoon version. Because of Robin Williams I will say this. Those who will like this movie most are those who can let go of the cartoon and not compare everything back to it. It is enjoyable. It simply lacks much magic.

Another Perspective of Aladdin

Jasmine’s evolution in the new film 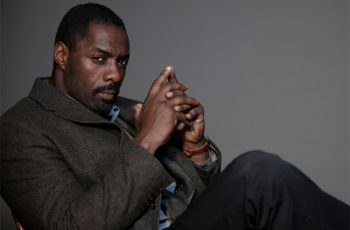 Idris Elba becomes the new Deadshot, replacing Will Smith in … 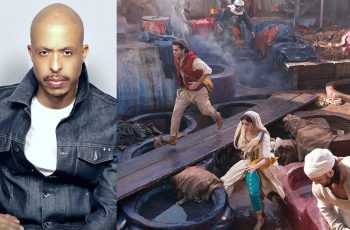 The cast and crew of Aladdin discuss the importance of …