Toy Story 4 brings back long time favorites like Woody and Buzz, but also introduces new characters like Ducky and Bunny. The comedic powerhouse of Keegan-Michael Key and Jordan Peele play the pair of carnival prizes in the new film.

At a Toy Story 4 press event, director Josh Cooley explained how Keegan-Michael Key and Jordan Peele’s long-time partnership helped them improv. “They were on really early. And as the story evolved and changed, they were always a part of it and always there. And watching them perform is one of the highlights of working here that I’ve ever had. It’s just, those two guys, they know each other so well.”

“We always recorded them together, in the same room, because they just bounce off each other so well. They’re hilarious, as we all know. But the thing that blew me away was how they’re able to improv but stay on point, in the moment. And feel like it’s not just being funny for funny’s sake, but it’s like they’re supporting the story. Every take was supporting story. And they were a joy to work with.”

WHO ARE DUCKY & BUNNY?

In Toy Story 4, Buzz Lightyear sneaks through a carnival to find Woody.  During his mission, he meets Ducky & Bunny, two stuffed-animal that are prizes at the carnival.  The pair discover a different point of view from the one they’ve always had, when they go on an unexpected adventure with Buzz and the other toys.

Producer Mark Nielsen explained, “Their view of the world has been very singular as they go from town to town in the same booth staring out at the world. They have no moral compass because they’ve watched kid after kid spend money on a game that’s unwinnable by design. Not only are they learning bad things about human nature, they’re trapped because of it.” 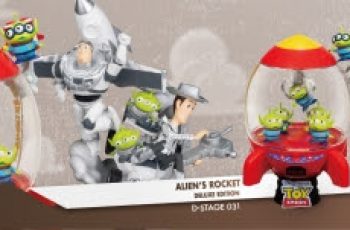 In anticipation of the upcoming release of Disney/Pixar’s Toy Story 4, Beast Kingdom … 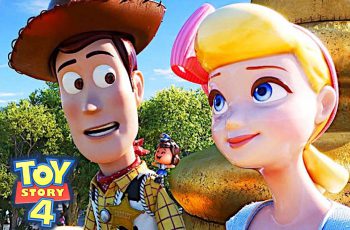