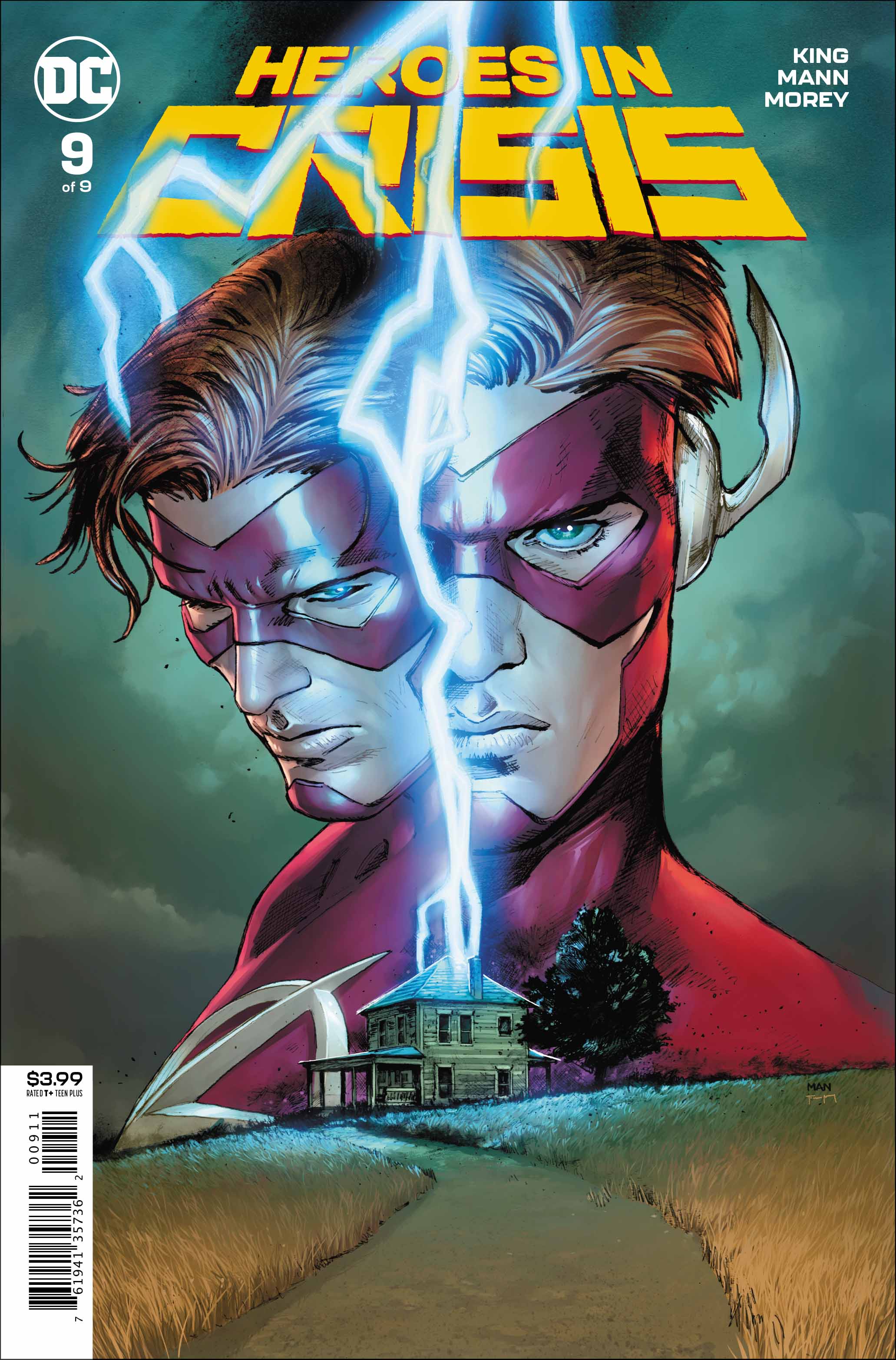 Here we finally have the last issue of the Heroes in Crisis series, and I am as confused as the day the story started. I am pretty sure I get what is going on, but to be honest the ending feels incomplete and lacking. The other problem is once you mess with time travel you usually end up creating a mess.

Heroes in Crisis #9: Cover To Cover

The covers for this DC Comics issue are phenomenal. The first cover is an excellent image of both present and future Flash. The lighting bolt ripping down the middle to strike Sanctuary sums up this issue beautifully. Cover B is a slightly more bloody image that also sums up the past of the series with the frame job done on Booster and Harley. Jump ahead to the title page of Heroes in Crisis #9 and you get another beautiful double page issue of the sun illuminating the clouds and cloudy title with the Beetle ship racing across the page.

When Does Repetition Become Too Repetitive?

The very first page we are back to the confessionals. This has been an ongoing tool for the series and most of the time doe an amazing job, but when is too much too much. At certain times these confessionals seem to be used for the sake of keeping them running even though they add little.

This entire issue, the confessionals seem to be a giant waste of time. Most of the heroes say nothing of any importance. Granted the ongoing gag between the boys of Batman were funny, but most of the others did nothing. Some past issues limit the number of times they use the confessionals, but this issue is loaded with them for no other reason than extending page count.

Heroes in Crisis: Return From the Ashes

There is another sub-plot that finds conclusion. Ivy finally finds her way back to Harley. Apparently, Ivy can regrow herself if a part of her plant self survives. The flower Ivy gave Harley back in the beginning was all Ivy needed to be regrown. Harley and Ivy finally reunite.

The main part of the Heroes in Crisis #9 story left me empty even though most of it is where I thought it would go. Flash kills Flash. What I really do not understand is how crashing the ship altered what would happen. I get an explosion causes a distraction, but if Flash needed to kill Flash, why did it stop him? Why all of a sudden does one Flash insist on changing paths?

One Flash goes into the pep talk about not dying, and to be honest I am not sure which one it is. I believe it to be future Flash. The fact someone was giving this pep talk was expected, but I thought it might be Superman or Wonder Woman after the Trinity caught up to the group. Sadly, the Trinity really plays no part in this series.

Another thing I found troubling were the conversations. Most of the bubbles were bubbles without tails, coloring or indication as to who was saying what. The conversations were very hard to follow.

The Wibby-Wobbly Rest of the Story

Booster comes up with a plan to solve everything in Heroes in Crisis #9. To be honest I had the same feelings as Future Flash when he tells younger Flash “It was stupid when he explained it to me five days ago.” According to Booster, young Flash will keep running in an infinite time loop, which will free up older Flash to keep living?

Then we get a panel with one Flash running into the Speed Force with a body bag. The very next frame is BOTH Flashes before Superman with one Flash being led away in hand cuffs. What happened to the other one?

We get a nice ‘hopeful’ monologue over the scenes from Flash, but it doesn’t line up with the scenes. We get a montage of where everyone is after the fact, including one scene that implies Sanctuary is back in business?

The Heroes in Crisis #9 monologue ends with “…you’re still running,” yet he is in a prison cell. Does that mean Wally will be imprisoned from now on? Is this really how the story ends?

The whole time line thing really threw me off. I liked the ‘Bros before heroes’ line as well as the knee to the groin from Harley, but otherwise I found this conclusion less than satisfying. The use of Booster, Harley, Batgirl and Beetle was a great choice, but I think the Trinity should have come more into play.

I also think this last issue should be stream lined more. The confessionals crowded out the story for no apparent reason, and the reasoning could have been much tighter. Overall, I liked the series. This finale just was not the pay off I was hoping for. 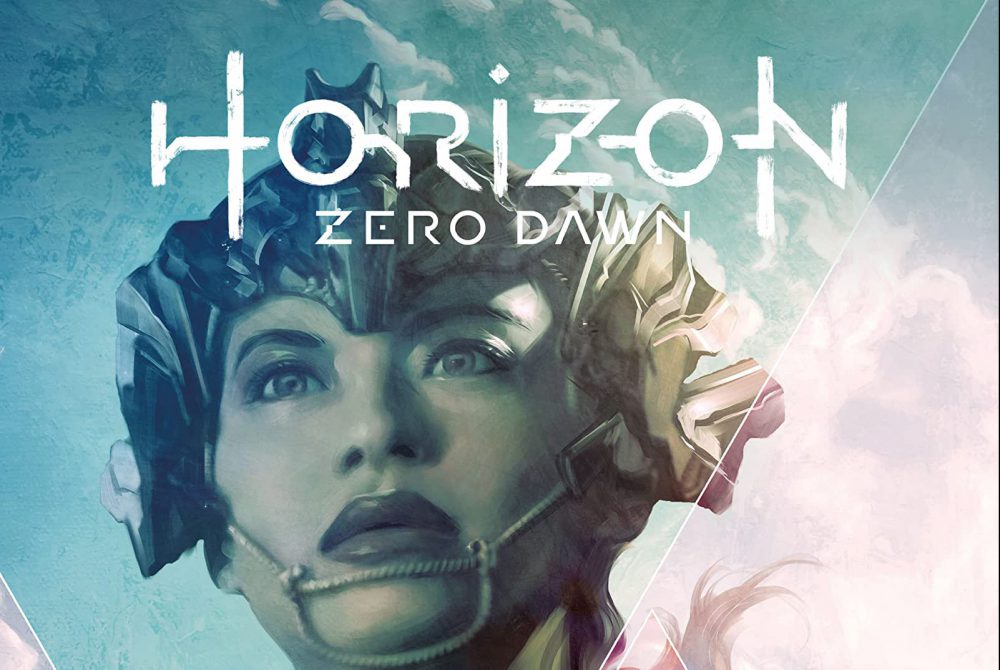 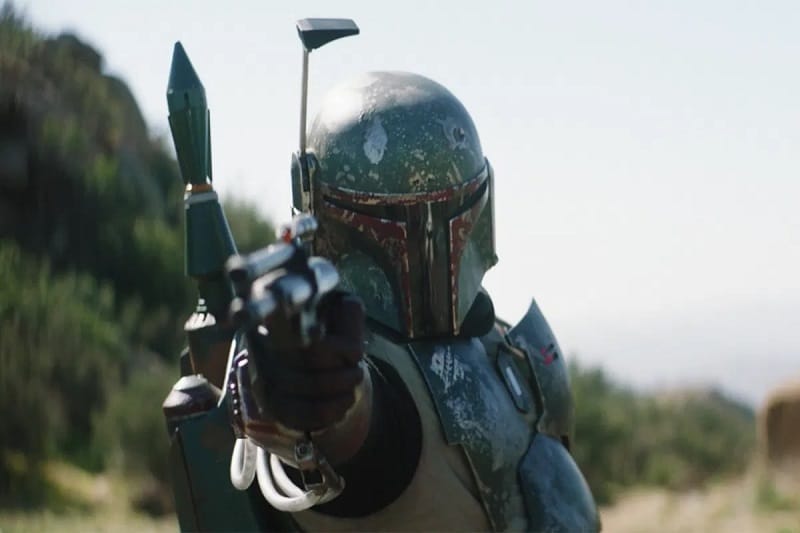