This past Friday at WWE’s SuperShowdown, we almost saw what could have been many disastrous ends to the Goldberg vs. Undertaker match. Not only was it a flat out horrible match, but both men could have come out of that match with horrible injuries.

The match headlined the show, for whatever reason, and had the wrestling world talking. Not because of the content of the match, but because of the complete botchfest it was. After lengthy entrances by both men (the only thing they cannot botch at this point) the match began. Goldberg, who was already bleeding from his head pre-match, rammed his head into the ring post. It was all downhill from there:

Before we continue, I personally don’t think any wrestling fan found “pleasure” in watching this. Any of it. As much as I didn’t want to see this match, or see The Undertaker wrestle again, I don’t want to see either men be paralyzed or die inside a wrestling ring.

After Goldberg knocked himself out, the match completely fell apart. Goldberg tried to lift Undertaker up for a bodyslam, and both men fell over. There was a whole lot of that going on. Goldberg at one point also tried his Jackhammer finisher, but it ended up looking more like a Strong Style brainbuster. He dropped Undertaker right on the base of his neck. We can’t completely put the blame on Goldberg, however.

It would appear that Undertaker did not have Goldberg up high enough, or possibly did not have a good grip on him. Like the Tweet says, this could have been the end for both men. The fact that Goldberg is still walking after this Tombstone Piledriver is a miracle. The match finally ended with a quick chokeslam by The Undertaker.

It appears, at the time of this posting, that the most serious injury that occurred during this match was the concussion that Goldberg sustained by knocking himself out. The wrestling world has been a buzz about this match. Even NXT Superstar Matt Riddle had a few choice words for Goldberg. Calling him “the worst wrestler in the business”.

Everyone seems to have drawn the same conclusion: neither one of these men have any business wrestling anymore. 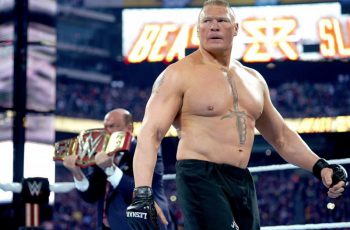 Dana White confirmed to ESPN that Brock Lesnar is retired … 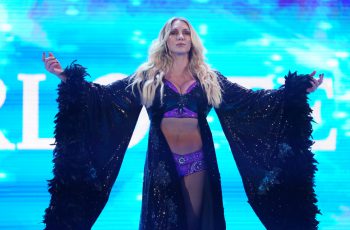 Charlotte Flair has been all over WWE programming as of …