Coming in first is the sequel The Secret Life of Pets 2. Pets 2 brought in what would normally be a nice $47 million. The problem, though, is that the original Pets movie was a smash hit, opening to $104 million, which to this day remains the record for an original cartoon.

Pets 2 scores an A- on Cinemascore, Rottentomatoes remains widely split. Critics rank it at 55% while audiences rank it much higher at 92%. Why the high audience approval and low box office? It may be a case of cannibalism. The numbers between the top 5 movies is impressively high from top to bottom and more even than any time this year. Ticket sales seem to be very diverse this past weekend.

Coming in a semi-surprisingly distant second place for the Weekend Box office was Dark Phoenix. The final installment of the Fox X-Men series only managed $33 million. Phoenix has been mired in negative reports since it had to undergo reshoots on the third act of the movie.

Critics have also raged against the film once it hit theaters. On Rottentomatoes the critic score stands at 22%. Audience scores are better, but even they only reach 65%. Dark Phoenix only manages a B- over at Cinemascore. This will be the lowest scored of the X-Men films as well as the worst box office. All other films debuted over $50 million.

Aladdin Holds Strong at #3 for The Weekend Box Office

Holding out at a very strong third place is the Street rat himself, Aladdin. In its third week of release Aladdin only dropped 43% to $24.5 million. It has now grossed $232 million domestically. Look for Aladdin to hold strong for another two weeks until another Disney kids’ property takes it out.

Where Aladdin held strong in week three, Godzilla was the opposite in its second week. Godzilla fell a whopping 67.5% to $15.5 million. Like horror movies and other more niche films, they often perform well in week one thanks to fans, but fall hard in following weeks because there is no one else to see it. If Godzilla V Kong does not perform extremely well, that may be the last of the monsterverse movies.

Coming in fifth place is the Elton John biopic Rocketman. In its second week, Rocketman managed to drop only 45.6% to $14 million. Strong word of mouth continues to feed the audiences for this film. In two weeks it has easily surpassed its budget of $40 million.

Next weekend shall be interesting. There are only two films coming out MIB International and Shaft. Both should find solid debut numbers and most likely finish 1 and 2 or something close, so look for more higher, mixed numbers amongst the films like this past weekend. There will likely be no major stand alone winner. The week after, look for all this to change. 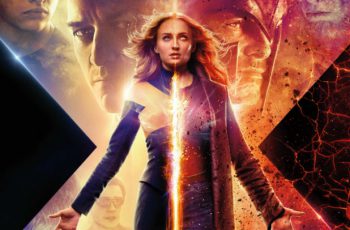 Technicalities out of the way: 2 – Captain Marvel $8 …