San Diego Comic-Con is coming up soon, and with that comes all of the announcements from Hall H. Surprisingly, Marvel is skipping out on Hall H again this year. More surprising is the fact that Warner Bros will avoid both Comic-Con and Hall H entirely this year.

This revelation comes as major news considering Warner Bros has always been at Comic-Con every single year. Wonder Woman 1984 director Patty Jenkins did take to Twitter to announced that WB wouldn’t be at Comic-Con this year. But she also showed off a new poster for the upcoming Wonder Woman movie.

With this announcement, that means Warner Bros. will be showcasing none of the upcoming DC films. Further, we’ll get no news about the Dune Remake. It does also seem like none of the DC and Warner Bros. TV shows will be at the con as well.

There is some good Warner Bros. news, however. We will get some WB info at the upcoming ScareDiego horror event. There we’ll learn more about IT: Chapter 2, as reported by Erik Davis from Fandango.

With IT: Chapter 2 being the only WB film at the con, it’s going to be interesting to see what happens then at Hall H. Remember, Disney completed its acquisition of/merger with Fox, so Fox might not present at Hall H, either.

With this happening, Hall H might be a lot quieter this year at Comic-Con. 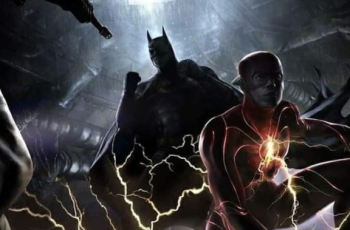 Holy multiverse Batman! Today is DC Fandome and the panel …