When Ghostbusters Fan Fest was first announced we had *several questions*.

In fact, we had an entire article’s worth of questions.   (TLDR: We wondered if the event would live up to expectations and the hefty ticket prices.)

So, we went to the Sony Pictures Studio Lot in Culver City, California. We didn’t leave until we got our answers.

Fan Fest coincided with (and celebrated!) the original film’s 35th anniversary. So, yes, it was a once-in-a-lifetime event. After, we reached out to the folks at Wizard World and asked if there were plans for future Ghostbuster events. We received the following reply: “No plans at this time for another but we’re still recovering from this one.”

Paul Feig, the director of Ghostbusters: Answer The Call, was a welcome sight at the festivities. He received a warm welcome from fans when he took part in a panel with fellow Ghostbuster directors Ivan and Jason Reitman. The younger Reitman took the opportunity to express his gratitude to Feig for “kicking down the door on what a Ghostbuster and who a Ghostbuster can be”.

The cast from the 2016 film did not attend. Neither did Sigourney Weaver and Annie Potts. However, Potts did send a pre-recorded video message that thanked fans for 35 years of devotion.

Female representation at Ghostbusters Fan Fest fell to the many female fans in attendance. Our personal favorite was @StayPuftGal whose wonderful Stay Puft uniform is absolutely perfect for busting ghosts. Or a 50-ft marshmallow man.

It was a day and a half event. The only event held on Friday was the Ghostbusters screening at The Globe Theater. However, the screening was kicked off by Dan Akroyd, Ernie Hudson, William Atherton, and Ivan and Jason Reitman.

The cost of the ticket did not include food and beverage. However, there was a collection of food trucks to make sure none of us went hungry. Did we also mention that there was free cotton candy that was ectoplasm green?

We couldn’t get exact numbers from event officials. We were told that attendance numbered in the thousands. Our concern about the audience numbers mostly stemmed from our fear that the event wouldn’t feel exclusive and intimate with a large amount of people packed into a relatively small place. We’re glad to report that Fan Fest was not jam packed with people. We navigated the event spaces comfortably and had plenty of opportunity to meet and talk with other Ghostheads.

We can’t emphasize enough that the best part of the entire event was getting to see all the Ghostbuster Franchises (fan groups) from all over the country. Ecto-1’s were lined up, glistening in the sun. Proton packs were out, full charged and ready to bust any class 5 vapors roaming about.

Should Wizard World, Sony, or Ghost Corps decide to have another Ghostbusters celebration in the future, we hope they’ll invite more franchises and Ghostheads. 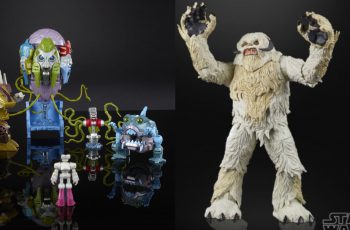 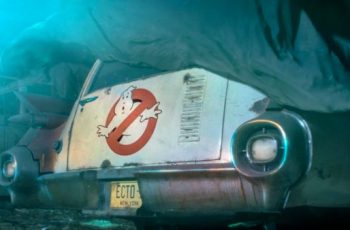 Rebooting classics can be a tricky business, especially for classics …