Christina Hendricks adds a whole new dimension to Toy Story 4 with her role as Gabby Gabby. The baby doll seems like a menacing threat, but the layers she reveals are worthy of Hendricks’ talent. Yet no one was more surprised by her casting than the actress herself.

At a Toy Story 4 press conference, the actress revealed that she thought the role was too good to be true. “I honestly thought it was a joke that they asked me,” the actress said. “I kept thinking there were like three other people up for the same thing.“

Producer Jonas Rivera shot back, “We thought it was a joke you said yes.” But it’s a good thing she did, because it’s a perfect combination that makes Toy Story 4 even better.

Hendricks was well aware of the first impression her character made, which only added to her charm.

“I like that. I think when children see this movie, she comes across as sort of like the villain at first. Then you realize that she’s coming from a very loving place. I think that’s important to sort of say maybe you don’t like someone at first, but how did they get there and why are they there? And understanding their story. So I think she’s very special in that way, and then she sort of gets embraced by the group.“

Gabby Gabby shared another surprising connection with Christina Hendricks: a love for dummies. According to the actress, “I thought [the producers] had done like weird background research on me” when they first pitched her the role using dummies.

“I actually have a ventriloquist doll in my house that I wanted my entire life. Every year I would ask my parents for this Charlie McCarthy ventriloquist doll and they’re like you’re weird. We’re giving you a baby doll. You’re never going to get it. And then as an adult, I finally got one. But I was like, how did you guys get in my mind?“

No wonder she breathes life into the role, given the odd coincidences they share. Casting Hendricks may not be a joke, but it is kismet. As Rivera said, “We love her. That is Gabby Gabby.“

Can you imagine Christina Hendricks as a creepy doll? See for yourself when Toy Story 4 premieres on June 20th, and check That Hashtag Show for the latest news on your favorite movies. 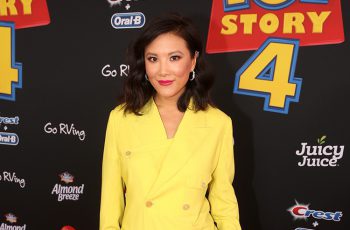 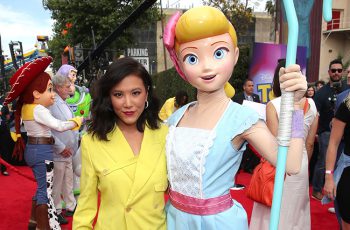 Ally Maki discusses the friendship between Giggle McDimples and Bo …