Last week saw a slew of possible leaks or rumors about Marvel Studios reported by 4chan. Despite being removed, the information was later posted up on Reddit and reported by us here at ThatHashTagShow. However, leaks have been steadily posted on Twitter since December of 2018 by the mysterious Roger Wardell (@RogerWardell). So who is this “Roger Wardell” person?

Before we talk about “who” it is, let’s talk about credibility.  Last year when the first Avengers 4 claims were made by this account they appeared to be nothing more than possible fan theory or rumor.  However, hindsight is 20/20 and either the person behind this account can see into the future or they had inside knowledge of Endgame. Take a look below at some of the tweets that came out prior to the movie’s premiere.

The account claimed that Thor “loses his figure.” – True.  After

The account claimed that James D’Arcy would reprise his TV role as Jarvis in the movie. – True

Fans are convinced that this is some Marvel insider.  Due to the fact that the actors were under such scrutiny I saw one theory that the account must have been some lower level production person that may have been able to leak information without being easily detected.  Given the cross section of leaked info coming from the account though it would more likely be a Marvel Studios production employee as they seem to have knowledge across all aspects of film and television.

Let me suggest a theory that I haven’t seen discussed yet.  The possibility that Roger Wardell is not a person at all, but the next evolution in viral marketing by Marvel themselves. Paris Hilton and Kim Kardashian have made careers out of leaked videos. Whenever rumors or leaked information hits the Internet, fans go crazy, writers like myself write articles and the studio and their films get free marketing. However, that is just a theory! Make sure to check back to ThatHashTagShow often.  Next I plan to

Marvel Studios has found a director to lead what they … 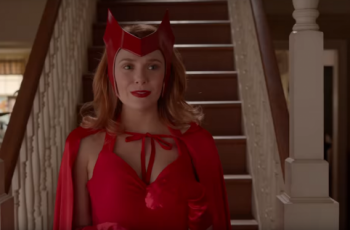 To the delight of Marvel fans everywhere the Super Bowl …