In a recent interview on Good Morning America, Daisey Ridley inadvertently dropped a huge hint about Palpatine’s role in The Rise Of Skywalker.

Ridley made some bold claims about the upcoming film. She said she has never been more excited about her role in a movie before. But she also mentioned the strong connection that The Rise Of Skywalker has to all of the previous episodes.

It’s a brilliant end to the story. JJ & Chris have done an incredible job of wrapping it up, because obviously there are so many references to the 9 films … I feel people are going to be satisfied.”

Obvious references to the 9 films? This is a huge clue about the plot of The Rise Of Skywalker. Since the release of the teaser, fans are expecting Emperor Palpatine to play some role in the upcoming film. But it isn’t clear what his role will be. It may just be a flashback or a message from the grave, but it may mean he isn’t dead.

Will Palpatine’s Role Be Significant?

So far, The Force Awakens and The Last Jedi have had major connections to the original trilogy. They have mainly been about the search for Luke Skywalker, and the precarious future of the Jedi Order. But there has been little connection to the prequels. If The Rise Of Skywalker will connect all 9 films together, it must include Palpatine. This coincides with a recent plot leak that Palpatine will return as the main antagonist of the film.

Did Daisey’s comment just strengthen the speculation about Palpatine? Do you think Palpatine’s role will have a major impact on The Rise Of Skywalker? Tell us your theory in the comments below. 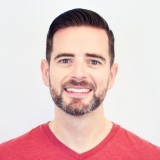 I must tell you, pal, I have palpitations. Palpatine is almost palpable!