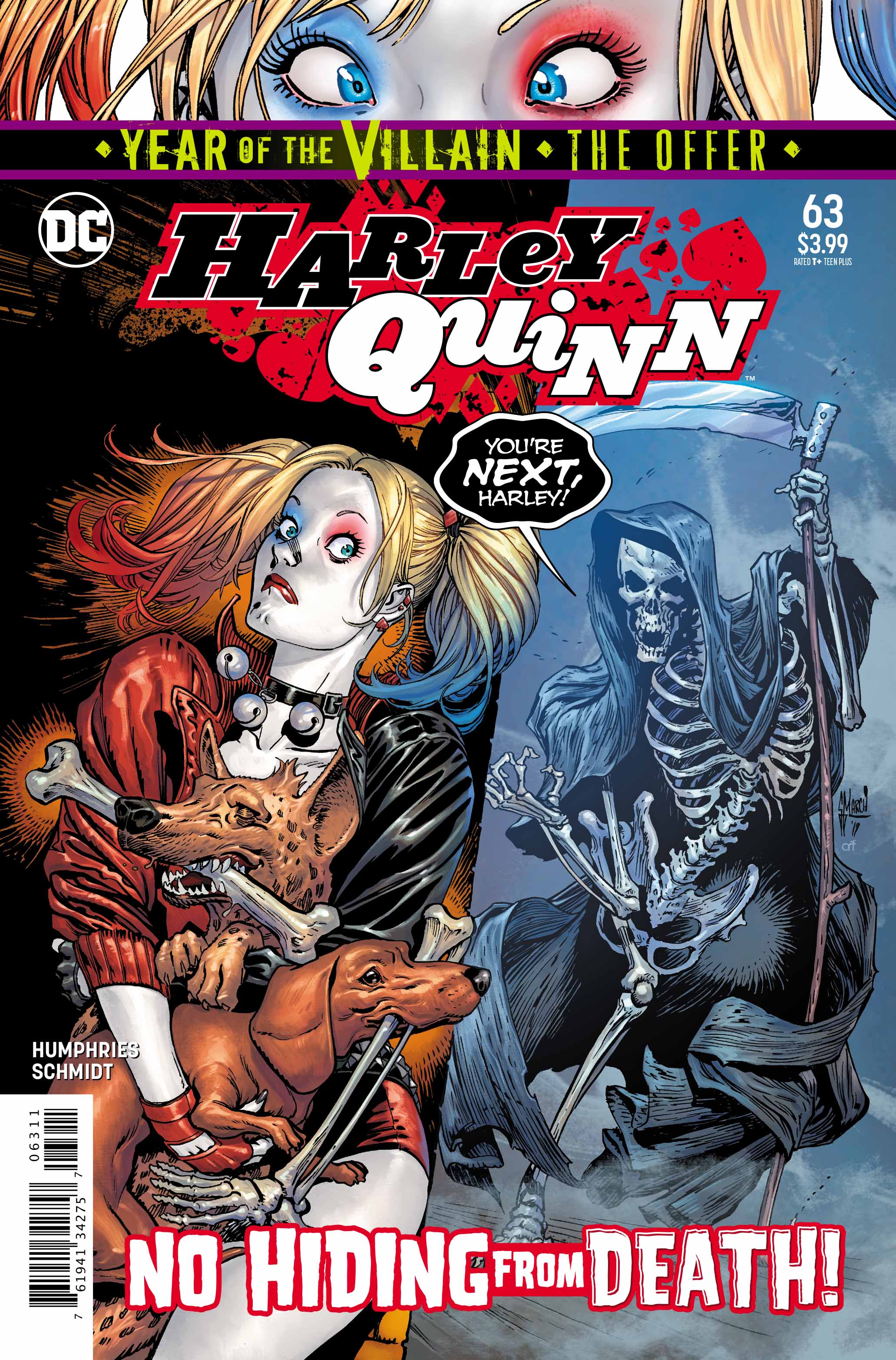 Harley 63 brings us ever closer to the pay off. Will she obtain her powers and title as Queen of Retribution? What of her mother, is she going to die? This story continues to ramp up. Harley 63 does a great job of shifting emotions. We go from the sadness of her mother’s state, to laughing in the face of death – literally! And finally, crying as we ponder the future.

This is one of the few times I am split on the covers. The first cover is an awesome cover that fits the story inside and also carries with it a couple of meanings. Harley and Death will have several bump ins in the issues to come.

The second cover to Harley 63 is a bit too quirky for my taste. Perhaps it is because it is done a bit too well. The image does look rather real, like it were based off a person than some random creation. The look does embody Harley’s feistiness though.

Start With the Tears

We get a quick couple of pages introducing Death and showing us there is a personality there, but what follows is what truly matters. Mrs Quinn is dying. The cancer is in its final stage and spreading too far, too fast, and the doctors lack options.

Harley’s first response comes as no surprise. She immediately freaks out, so what does mom do? She laughs. She tries to teach her daughter one final lesson – even in times like this, you can still laugh, and her final wish, if it is to be final, is to laugh with Harley. This scene is so well written. I can think of no better final lesson from a parent to a child. I choked up.

Then comes one of the greatest pages ever conceived. I choked up at the scene before. I shed a tear for the following page. I think anyone who either has lost a loved one or has a loved one suffering from a fatal disease (or even battles depression) will appreciate and love this page.

Harley resides on Coney Island. It bustles and scutters about. Most, like depicted on the page, enjoy time with family and friends, gorging on fatty foods and riding rides. It is all party and happy times, except for one person. Our Harley walks amongst the vacationers alone and weighed down with the sorrow of losing her mother. Everything around her is vibrant and hopping. Harley walks through it all, head down, and gray. Her arms wrapped tightly around herself – unseen, in a pain no one else can see. This page could not have been done more perfectly.

Then the following page Harley finally sits down…and breaks down.

Harley suddenly realizes where she sits and in typical Harley fashion, immediately shifts gears, for what stands before her? THE VIDEO STORE! Of course today’s generation has little to no recollection about how important these stores were to people growing up before the digital age. As Harley says, she wasted hours at the now closed store in her youth. Everyone did! The weekend or holiday comes and the first place you go is the video store to rent games and movies for the weekend!

Harley breaks into the foreclosed store and relives all those memories. Her childhood fantasy, anime hero Comet Witch even appears. You have to love the childhood enthusiasm in which Harley attacks everything. Then again they were happier times without a dying mother. Harley is in ecstasy until Comet Witch attempts to take her away forever to the make believe land.

Harley refuses the paradise. Her mother needs her and she must return to her. With the offer refused, Comet Witch melts away to reveal the face of death. Of course Harley doesn’t want to die, leaving her mom all alone. Then she remembers what her mother taught her. Laugh. No matter what conditions you face, remember to laugh.

Harley’s response? Laugh in the face of death of course! and of course, Death has his feeling hurt. This in turn makes Death realize he never wanted Harley. Death wanted the Video Store! Video chains are all dead these days anyways. I love the twists and turns the writers put into these issues and the humor that accompanies most of them. Oh how Harley!

The Terrifying Return to Reality

Harley 63 then takes us back to the real world. Harley is alive once more and must once again face what she knew waited for her. There remains one small issue. Harley realizes this latest effort passed another of her tests. Only one test remains, but we then see Mirand’r watching Harley. The scary thing is Mirand’r, who believes in Harley, asking the ‘powers that be’ NOT to put Harley through her final test. A chill ran through my spine because this parallels all too closely the happenings with her mother.

We do return with Harley to the hospital and her mother. Things are worse. In the time Harley was gone, her mother slipped into a coma. The pain radiates from Harley, but she remembers her mom’s words. Harley pulls up a chair, sits down and reads comics (about herself of course) to her mother. Talk about breaking the fourth wall of comics!

Harley reads about her meeting with a holographic Lex Luthor and knows how the whole conversation. She wants – The Offer! This of course leads us into the next issue, which is a part of the DC universe’s ‘Year of the Villain’. 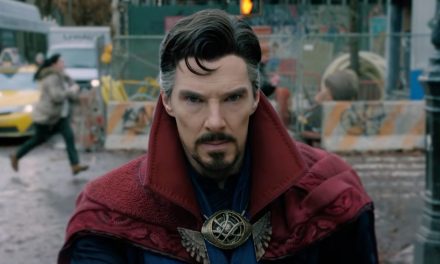 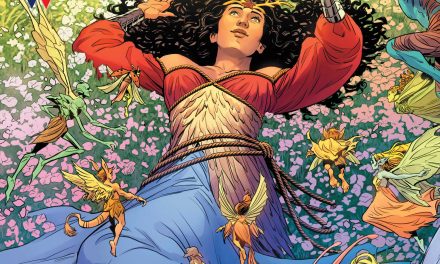