Picard is coming… and he’s bringing a dog!  And from the looks of this new poster, Picard’s new dog is either a Mastiff of some sort or a large Bull-Terrier.  Look, I may not know a lot about dogs, but I do one thing… this is a GOOD DOG!!!! A VERY GOOD DOG, YES HE IS!!!!

With the introduction of this new, and obviously very important and integral character to Picard’s new journey, questions like “What’s the plot of this show?” all fall away around one new, and burning question… What is that dog’s name?!

We might not know the answer, but like any good Trekkie, we are gonna speculate like hell. So here is our Top 10 Star Trek Names For Picard’s New Dog (With Pictures).

Please note: pictures are of various dogs, not all are of the same breed/type as Picard’s new best friend and companion.

Look, this one is the obvious choice. It may not relate as directly to Picard’s life as some of the others… but come on! It’s BONES.  Dogs love bones, Bones as in Dr. Leonard “Bones” McCoy as portrayed by the fantastic DeForest Kelley.  This one is a no brainer.

You were thinking it, I was thinking it, JJ Goldman, sure as hell, was thinking it when he thought of it. Wesley Crusher, and all the good and bad he represents, was an integral part of the TNG mythos and also, this means we might have a shot at hearing Picard yell, “shut up, Wesley!” when he barks too much. (<<<Again, props to JJ)

Speaking of Wesley, Crusher not only relates to Wesley, but Dr. Beverly Crusher and an important figure in Picard’s life. Also, it’s a bad-ass name for a dog. And if this dog is anything, it’s Bad-Ass.

Speaking of perfect dog names, depending on the dog’s temperament, Barclay represents that loyal, kinda goofy but lovable type.  Named for Reginald Barclay, as portrayed by Dwight Schultz in many Star Trek incarnations.

What does Picard love more than his dog?  Not much, but his penchant for a certain ancient writer has followed him, like a loyal pup, into the furthest reaches of space. So why not name him after one of Earth’s greatest classical writers.

Whoopi Goldberg’s mysterious character was supposed to be hundreds of years old and go by many names… but what about many FORMS?!??!!   OOOoooohhh.  Maybe that Dog is more than a dog?!  Oooooooh!!!!

Not all dogs are perfect and without proper training or care, they can become quite annoying and bothersome- if that’s the case, what galactic deity has annoyed our heroic Picard more than Q.  Also, you know Q would think it was a compliment.

Man’s best friend is also Picard’s #2… literally. They are both hairy and lovable. It’s perfect.

Come on. Gene Roddenberry created Star Trek and all that it has wrought on this world. My money is on this one. 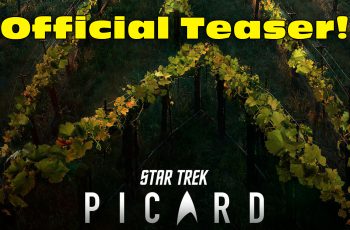 The first official teaser for the Star Trek: Picard series … 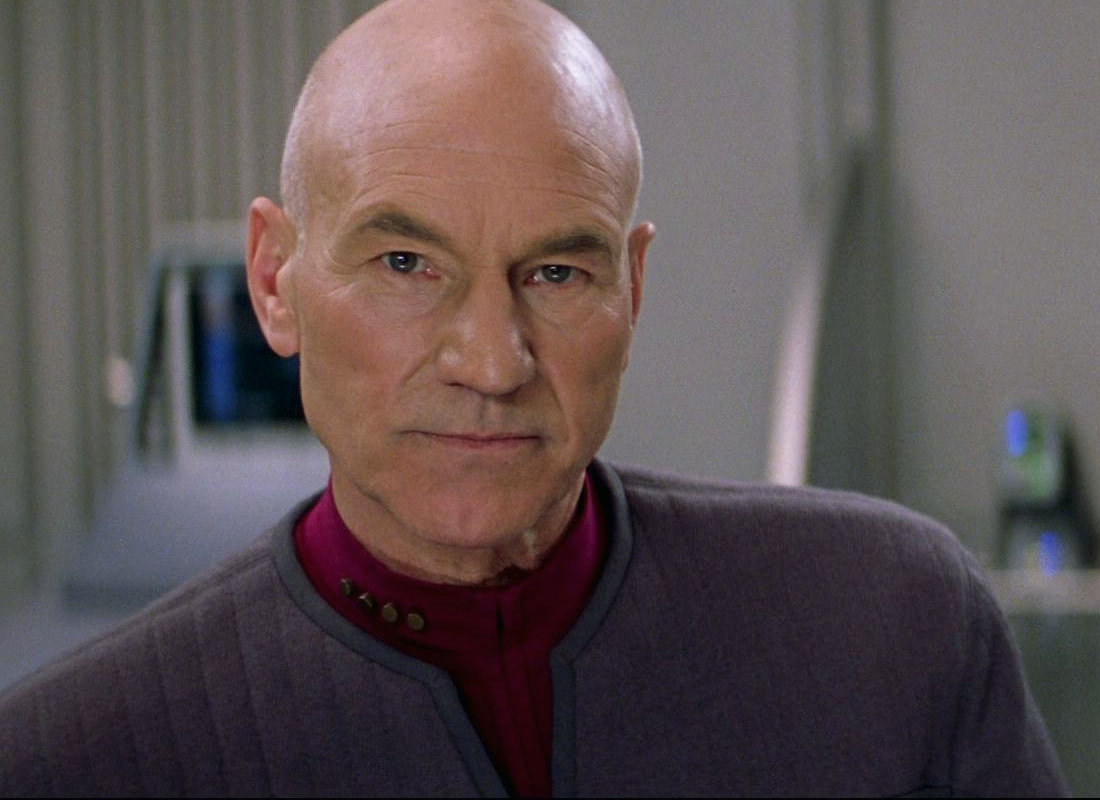