Godzilla has been terrorizing Tokyo and cities across the world for over six decades, but there is one thing the Kaiju hasn’t yet conquered… until now. The character celebrates its 65th anniversary this year, and this is the 50th anniversary of Comic-Con. Therefore, Toho Co., Ltd. decided that this was the perfect time for the king of monsters to make his Comic-Con debut. Toho’s Head of Project Management, Akito Takahashi, sat down with us to talk about Godzilla’s history, and future.

One of the biggest challenges Toho faces is bringing the character, traditionally portrayed by an actor in a Godzilla suit, into the age of visual effects. The original rubber suit from 1954 weighed over 220 pounds. Now? The character exists through a combination of both practical and visual effects.

“We’re very adaptable to the changes. We also understand what the good of the past has been,” said Takahashi, referring to the endearing qualities of the traditional Godzilla suit. Hence, the combination of effects:

They would only do the head shot in the rubber suit to get that sort of textural information that comes out on screen which is much better than the CGI. And another thing – the actual rubber suit being created by hand… has really helped to put the CGI into a more realistic pattern.”

The first Godzilla appearance at SDCC 2019 featured the screen-used suit from Godzilla 2000, as well as some original props from the early films. Famed artist also painted mural (live) illustrating the 65-year old Kaiju through the years.

When asked what we could expect from Godzilla v Kong, however, Takahashi remained tight lipped with details.  “Godzilla is Japanese and King Kong is American so we’re really excited about what’s going to happen between those two amazing characters.”

If you’re a fan of Godzilla, you’ve got lots to look forward to as the king of the monsters enters his 66th year. 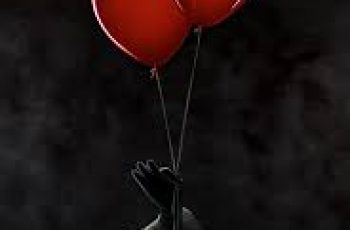 We watched a clip from the smash success It a … 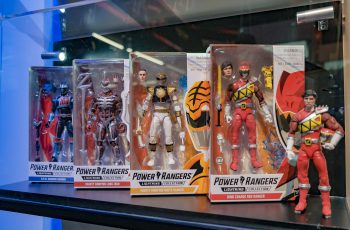 Hasbo surprised Power Rangers this morning at SDCC 2019 with …