Star Trek fans got a couple of surprise announcements during the Star Trek Universe panel in Hall H. Brent Spiner, who played DATA on Star Trek for almost twenty years will revise his role for STAR TREK: PICARD. In another announcement, Jeri Ryan will be returning as Seven of Nine! Not included in the press release is the news that Jonathan Frakes will also join the cast reprising his role as Commander William T. Riker from Star Trek: The Next Generation. These three iconic Star Trek characters will join Sir Patrick Stewart for season one of STAR TREK: PICARD.

CBS All Access had this to say in their press release:

Moments ago at San Diego Comic-Con, Sir Patrick Stewart treated “Star Trek” fans attending the “Star Trek” Universe panel to the first trailer for STAR TREK: PICARD and shocked the audience by bringing out surprise guests and “Star Trek” icons Brent Spiner, Jeri Ryan and Jonathan Del Arco, announcing they will be appearing in STAR TREK: PICARD. In addition to the surprise guests, it was revealed that “Star Trek’s” Jonathan Frakes and Marina Sirtis will make appearances in the new series as well. During the panel, it was also announced that STAR TREK: PICARD will premiere in early 2020 exclusively on CBS All Access in the U.S. 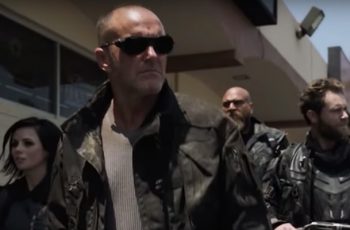 The end of season five and the beginning of season … 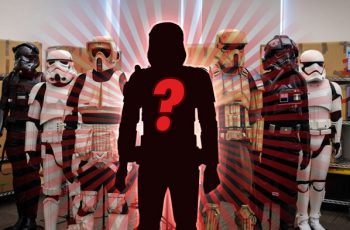 Yes, it’s true that fans will get neither a Mandalorian …