With Star Trek having a strong presence this year at SDCC, a ton of news was dropped at todays Star Trek panel. From a trailer for the new Picard series (which you can see here) to animated shorts. If you’re a Trekkie or Trekker you are in luck.

Co-hosted by Tawny Newsome (“Brockmire,” “Bajillion Dollar Propertie$”), who will be featured in CBS All Access’ upcoming animated series STAR TREK: LOWER DECKS from Mike McMahan (“Rick and Morty”), the podcast will debut this fall.

With unparalleled access to “Star Trek” luminaries and behind-the-scenes creative professionals, this official podcast will take a smart, witty and thoughtful look at all things “Trek”– both old and new. Offering a high-level discussion of the themes, ideas and characters that resonate across the history of the franchise’s storied universe, episodes will also explore the brand’s 50-plus year legacy and influence in an accessible and inclusive way for dedicated and casual “Star Trek” fans alike.

Where to get it:

Fans will be able to subscribe or download “Prime Directive: The Official Star Trek Podcast” via startrek.com as well as Apple Podcasts, Google Play Music, or other podcasting apps.

In addition to STAR TREK: LOWER DECKS, the growing “Star Trek” universe on CBS All Access also includes the series STAR TREK: DISCOVERY; the upcoming STAR TREK: PICARD series featuring Sir Patrick Stewart reprising his iconic role as Jean-Luc Picard; STAR TREK: SHORT TREKS, a series of short stories tied to DISCOVERY and the overall “Star Trek” universe; and a new “Star Trek” project in development based on “Section 31,” with Michelle Yeoh attached to star. In addition to LOWER DECKS, a new animated “Trek” series from writers Kevin and Dan Hageman will air on Nickelodeon. These series will be distributed concurrently internationally by CBS Studios International.

“‘Star Trek’ has always been a touchstone for a large cultural conversation,” said Veronica Hart, EVP, Global Franchise Management. “‘Prime Directive’ will continue that legacy by being a launching point for wider discussions of social issues, literature, music, philosophy, popular culture, space exploration, the environment and other topics that spring out of this vast universe.”

Each episode features an in-depth personal interview with a notable guest, coverage of a “Star Trek” event, or a discussion of a specific topic with one or more guests. Listeners will also be able to hear updates about new projects and take part in a regular quiz segment.

Guests will include the cast and creative teams behind upcoming, current and legacy projects, as well as noted writers, performers, critics, scientists, musicians, historians, and scholars – all offering fresh perspectives as the franchise continues to expand with a range of new projects.

The podcast will be co-hosted by Newsome who also co-hosts the popular comedy-meets-culture podcast “Yo, Is This Racist?” Newsome is a sketch/improv comedian who wrote and performed her work on the Second City Mainstage in Chicago. She also frequently appears playing characters and improvising on podcasts like “Comedy Bang! Bang!,” “Spontaneanation with Paul F. Tompkins,” and “Hello From the Magic Tavern.” Newsome has also appeared on IFC’s “Brockmire,” “Bajillion Dollar Propertie$,” “The Carmichael Show,” IFC’s “Documentary Now” and the upcoming sketch and music parody series “Sherman’s Showcase.” A second host will be announced at a later date.

The podcast will be produced by Gideon Brower, an award-winning radio and podcast journalist and producer. His work is heard on NPR stations across the country on programs including “Weekend Edition,” “The World” and “Studio 360.” In Los Angeles, he is a regular contributor to KCRW and KPCC, and he produces podcast episodes and series for KCRW and the Getty Museum, among others. 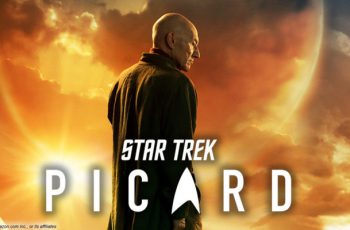 Picard Episode 1 “Remembrance” As a long time fan of …
The fall line up is coming! Now that summer hell …