In a press conference at SDCC 2019 The Terror: Infamy writer Alexander Woo warned everyone “If you loved season 1, none of it will be the same.” He went on to elaborate that the entire cast and crew are new and they are telling a new story. “We are telling a historical story with Japanese folklore as the genre”

The Terror: Infamy premiers August 12th on AMC. Season 2 will be set during WW2. It will follow the events of an American run concentration camp for American citizens of Japanese descent. Mysterious deaths occur that have not happened on this side of the Pacific.

Starring in season 2 will be Derek Mio, Kiki Sukezane, Cristina Rodlo, Shingo Usami, Naoko Mori, Miki Ishikawa and George Takei. Takei opened up about his experiences as a child and contributed to the authenticity of this experience filming.

You can view images from the show below, and check back to That Hashtag Show for more information!

Andrew Lincoln To Return To AMC’S THE WALKING DEAD For … 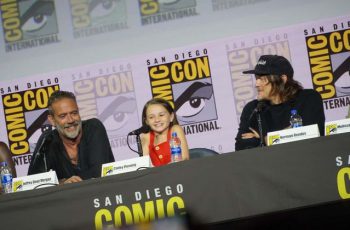